10 Serene Places To Visit In Uttarkashi 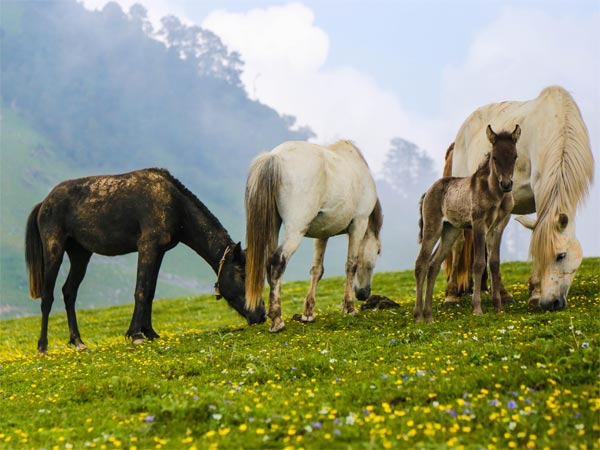 Uttarkashi is a whimsical little district in Uttarakhand. It literally means Kashi of the North. The district was born in 1960 when the parganas of Rawain and parts of Tehri Garhwal joined. Uttarkashi is a rocky terrain, with Himachal Pradesh and Tibet on the north and Chamoli district to the east; it is located on the banks of river Bhagirathi.

Bhagirathi is known as Ganga after it converges with Alaknanda at Devprayag. Uttarkashi is located at an altitude of 1165 metres above the sea level. Owing to its altitude, it is known for many adventure sports and mountaineering activities. National Institute of Mountaineering, one of the few mountaineering institutes in India is located is this district.

The best time to visit Uttarkashi is during the summers because of the pleasant temperature. Winters are recommended if you are looking for adventure activities like skiing.

Located at a close proximity to Rishikesh, Uttarkashi is home to many dharamshalas and temples. Therefore, it is frequented by many tourists and is a well-known place on the religious circuit. Here are some of the places that are quite a hit with the tourists and for a good reason!

Believed to have been built by the great sage Parashuram, this is a temple dedicated to Lord Shiva. It is located in main Uttarkashi city on Char Dham road. Lord Shiva in all his glory is seated in deep meditation here. There is also a temple dedicated to Goddess Parvati, right opposite to this temple. There is a belief that when Kashi goes under water, the main idol of Kashi Vishwanath will be moved to this temple. This temple is considered as the most important temple in Uttarkashi, so be sure not to miss it at any cost!

Har Ki Doon literally translates to Valley of the Lord Shiva. This temple is well known because the famous Har Ki Doon trek starts from here. This is the valley from which Yudhisthira is said to have ascended to the heavenly abode with his dog. The people of this religion believe that they are direct descendants of the Kauravas and Pandavas. They have a high regard for Duryodhana and there is a temple at Osla dedicated to him which is an evidence of their affection for him.

This temple in Gangotri hamlet, is one of the dhams of the greatly popular Char Dham circuit. This temple, believed to be constructed in the 18th century, is built with white granite. Dedicated to Goddess Ganga, this temple holds a major significance for Hindus and the river is said to originate from here. There is a Shivalingam, a rock that is partially submerged, which is one of the best attractions here.

In the cocoons of thick pine and oak forests is Nachiketa Tal, a lake that is situated at an altitude of 2453 metres above sea level. This lake is believed to have been created by Uddalak for his son Nachiketa, who founded the entry to hell and the meaning of life and death. There is a temple dedicated to Nag Devatas and this temple is visited and revered a great deal during Nag Panchami. You can either trek up or can use the motorable road to see this visual treat.

This is the snout of the glacier of Gangotri, the origin of river Bhagirathi. Gaumukh is considered as one of the primary sources for Ganges. The snout is believed to have appeared like a cow's mouth and hence, the name Gaumukh. The heavily damaging rains, in 2016 in Uttarakhand, washed away the front end of Gaumukh. A permit is required to visit Gaumukh. Only 150 permits are made available per day, owing to the rugged topography.

Dayara Bugyal is often touted to be the most beautiful meadow in India and not without a reason. Dayara Bugyal trek is extremely popular and adored because of the beauty in abundance of grass and mammoth Himalayan peaks. This place has been frequented by shepherds since times immemorial. When they couldn't stop talking about the beauty of Dayara Bugyal, word spread and more people started visiting Dayara Bugyal. There are many tiny and clear streams around which flowers have sprung up. This scene is nothing short of a beautiful poetry.

Harsil is a beautiful place that offers everything you seek for in the region of the Himalayas. Situated at an altitude of 2620 metres above the sea level, Harsil is fast becoming a favorite among nature lovers. Harsil is a tiny hamlet that is located on the banks of river Bhagirathi. Gangotri is very close to Harsil. You can satiate your thirst for an adrenaline rush at Harsil, as it offers quite a few adventure activities, apart from trekking. The dense deodar forests and tiny temples dotting the hamlet make for a very remarkable trip.

Yamunotri is the source of river Yamuna and is one of the four temples in the Char Dham circuit. It is located at a height of 3293 metres above the sea level. Yamunotri is close to the Indo-China border. The 6-km trek to Yamunotri is filled with rugged mountains and thick forests. There is a small temple here on the foothills of Kalind Parbat. The temple of Yamunotri is said to have been constructed by the king of Tehri in 1839. The goddess is represented in the form of a black marble idol. Ganga Devi is also present by the side of Yamuna in white stone.

One of the highest lakes in Uttarakhand, Kedar Tal is located at an altitude of 4912 metres above the sea level. This glacial lake is also a famous trekking haven. It is said to be a contribution of Lord Shiva to Bhagirathi, source of the Ganges. The lake melts and descends the terrain as Kedar Ganga, which joins the Ganges 17 km later. A crystal clear and transparent lake, Kedar Tal is very popular in the Garhwal region.

Maneri is a town that is known for Maneri Dam and Maneri Hydroelectric Power Project. It is situated on the banks of river Bhagirathi. It is close to Gangotri and Yamunotri. There are many adventure sports offered here to feed the adrenaline junkie in you. Maneri Dam is a concrete gravity dam that diverts water into a big tunnel and feeds 120000 HP electricity. There is boating facility available at the dam.

Comments
Read more about: uttarkashi uttarakhand travel temple trekking himalayas gangotri
Other articles published on Oct 1, 2017
We use cookies to ensure that we give you the best experience on our website. This includes cookies from third party social media websites and ad networks. Such third party cookies may track your use on Nativeplanet sites for better rendering. Our partners use cookies to ensure we show you advertising that is relevant to you. If you continue without changing your settings, we'll assume that you are happy to receive all cookies on Nativeplanet website. However, you can change your cookie settings at any time. Learn more
Change Settings Continue