South Georgia: Where Penguins And Sea Birds flock together 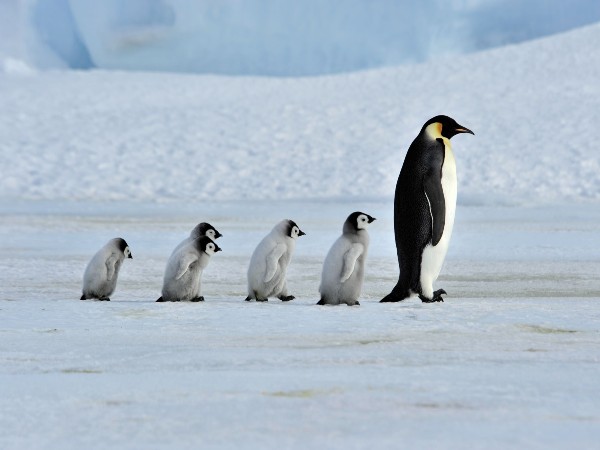 The island of South Georgia, an inhospitable frozen wasteland of glaciers, snow-capped mountains and freezing winds, lies in the southern Atlantic ocean around 2,000 km (1,243 mi) east of Tierra del Fuego. This secluded Antarctic island is part of the South Sandwich Islands and the British territory of South Georgia.

The British claim to sovereignty of South Georgis dates from 1775 when Captain Cook landed here and dismissed the island as not worth discovering. Argentina also claimed the island in 1927, an unresolved dispute which contributed to the 1982 Falklands war, when Argentine forces briefly occupied South Georgia.

In 1916, Ernest Shackleton became stranded on Elephant Island, 1,200 km (745 mi) to the southwest, while on his Imperial Trans-Antarctic Expedition. Shackleton and a small group of men left the rest of the party to summon help and ended up, after an arduous journey, at King Haakon Bay on the south coast of South Georgia.

They then managed to make it 30 km (18mi) overland to reach help at Stromness whaling station, which led to the rescues of the remaining men. During a later expedition in 1922, Shackleton died on board a ship off South Georgia, and he is buried on the island at Grytviken.

There is no permanent human population in South Georgia - only the British Government Officer, research scientists and museum staff at Grytviken - but there are enormous populations of penguins - the largest colonies anywhere on earth, with around 400,000 breeding pairs of king penguins, two million part of the macaroni penguins and large colonies of four other species.

Visitors come here to watch penguin couples overcome the extreme climatic conditions and nurture their precious eggs through hatching and the vulnerable chick stage into fully fledged members of the colony. The charming creatures work tirelessly together avoiding the seals that lurk in the shallows waiting to pounce and protecting their young from ferocious seagulls who will snatch one and tear it to shreds.

When he landed here in the 18th century, captain Cook noted the huge seal and whale populations around the island, but just two hundred years later both had been hunted nearly to extinction. South Georgia is, however, home to 95 per cent of the world's southern fur seals, half the southern elephant seals, 250,000 albatrosses, including the massive Wandering albatross, and up to ten million other seabirds, making a trip a totally unique experience.

The only access is by sea. It takes up to 10 days to organised cruise

South Georgia is famous for its stamps. The small numbers produced and the attractive natural scened on the stamps make them popular with collectors.