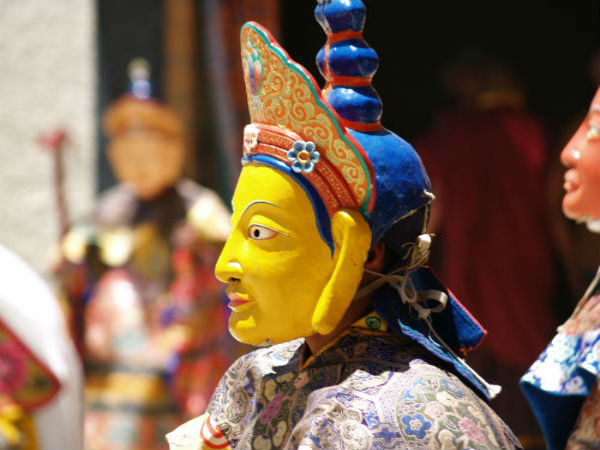 The word 'Sindhu' means 'river' and it refers to the Indus River, which is one of the five rivers that flow from Mount Kailash in Tibet, into the Ladakh region through the Kashmir Valley. This festival is celebrated to pay homage to the Sindhu River which is considered a symbol of life for locals.

The Sindhu Darshan Festival is held at various places along the banks of the Indus River. It is a day to celebrate nature and enjoy the beauty of this river.

The Sindhu Darshan Festival is also known as Sindhu Tirth Yatra. It is a very ancient pilgrimage that was started by Guru Padmasambhava around the 8th century A.D. The festival commemorates the arrival of Guru Padmasambhava (Guru Rinpoche), who brought Buddhism to Tibet from India in the 8th century CE. It celebrates his spiritual teachings, as well as his victories over demons and other obstacles he faced during his travels around Asia. He also established several monasteries and temples along the banks of the Indus River.

The main attraction of The Sindhu Darshan Festival 2022 is the sighting of the Sindhu River or Indus River every year on Guru Purnima in June. During this time, there are many rituals performed at various places along the banks of the Sindhu river for three days and nights continuously by monks, priests, and devotees who come from all over India and abroad too.

Sindhu Darshan Festival Leh 2022 Celebration involves various rituals like prayers, meditation, chanting, etc which are done by monks, priests, and devotees who come from all over India and abroad too. The main highlight of this festival is a boat race held at Nagey Chorten near the Indus River in Leh, wherein boats made out of wood are used to compete with each other.

How to Reach At The Sindhu Darshan Festival 2022:

By Air: You can directly fly to Kushok Bakula Rimpochee Airport, which is just 3.8 km away from Leh city, or then you can fly to Srinagar first and then head towards Leh by road. It will take around seven hours to reach Leh from Srinagar.

By Road: The Kargil-Leh highway connects Ladakh with other parts of India via Manali and Srinagar (in Kashmir). It takes about 15 hours for a one-way journey from Delhi to Leh and about 25 hours from Manali to Leh.

The Sindhu Darshan Festival marks the beginning of the monsoon season in Ladakh when the river valley bursts into a colourful display of festivities, cultural performances, and competitions. A must-visit place where you can attend this beautiful culture and also enjoy the spectacular Khardungla Pass ride from Leh to Nubra Valley and back on this day!