Secret Places In Arunachal Pradesh That Are Perfect To Experience Seclusion 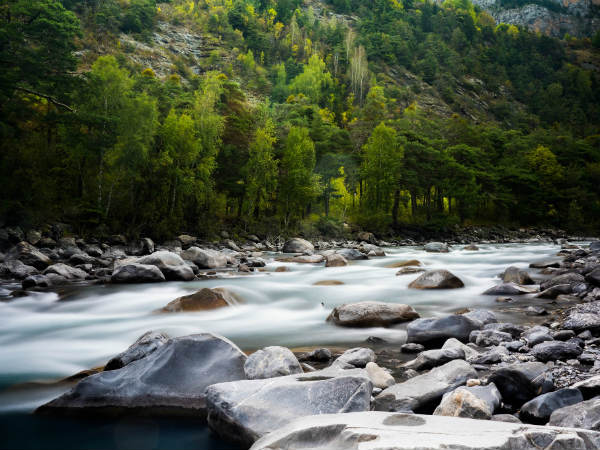 There are a very few places in India where one can actually savour the beauty of secret places which remain hidden throughout the year. Hence, these places are perfect stoppages for tourists and travellers who always look forward to exploring unconventional destinations.

One amongst these places which house numerous secret destinations is Arunachal Pradesh. Also known as the Orchid State of India and the largest state in Northeast India, Arunachal Pradesh is one of the most beautiful states in India. From temples to monasteries and ancient monuments to natural marvels, this beautiful state harbours each and every kind of tourist spot.

How about exploring its unveiled beauties this season? If you are keen on getting yourself to secluded paradises, then you must read this article. Following are the major secret places in Arunachal Pradesh that are perfect to experience seclusion.

Dirang is a small picturesque village in the West Kemang district and is known for its scenic beauty, the major reason why every traveller must catch a glimpse of this small paradise once in a lifetime. Hidden amidst lush green valleys and nestled on the slopes of towering hills, Dirang is a perfect place to rediscover yourself.

The presence of an uncrowded atmosphere and a soothing weather away from the complexities of a city life make this almost perfect destination a must-visit for travellers looking forward to experiencing heaven on earth. From loitering around its scattered settlements to exploring its lush green aisles, each and every activity done within the boundaries of Dirang is certainly unforgettable.

Changlang is one of the most beautiful districts in Northeast India as it houses several tourist spots, ranging from national parks to ancient monuments. Even though it is one of the most populous places in Arunachal Pradesh, its natural beauty is still intact. The presence of dense forests, green valleys, unpolluted environment and soothing surroundings certainly proves the fact.

If you are looking for a city where you can actually enjoy the beauty of a country life, then Changlang is the place you should visit this season. The major tourist attractions here include Namdapha National Park, which is the largest and richest protected area in the Eastern Himalayas. You can also visit Dihing river and laze by its beautiful banks.

Inhabited by the Aka tribes of Arunachal Pradesh, Bhalukpong is situated in the West Kemang district and is known amongst locals for its serene and untouched atmosphere. Characterised by beautiful mustard fields, relaxing shores of Kemang river and mesmerising views of the Himalayas, Bhalukpong is a beauty which seems like a real-life paradise.

Even though it is gaining popularity amongst several local tourists, it is still far away from the knowledge of common tourists. Therefore, it is an ideal spot to savour the beauty of unblemished nature. A perfect combination of hills, streams, farm fields, valleys and forests, this commendable expanse of nature should be on the bucket list of every traveller.

We are cent percent sure that you have never heard of Roing. Therefore, it is high time you start considering Northeast India and its unexplored destinations as travellers' spots. A perfect place for a day outing, Roing is famous amongst local tourists for its waterfalls, streams and valleys. However, most of its natural marvels are still left to be explored.

The major reason why one must consider visiting Roing in Arunachal Pradesh lies in its refreshing environment which helps its visitors soothe their nerves. Wouldn't you love to be such a place where you can just surrender yourself to nature and savour its nascent beauty?

The land of valley and rivers, Tezu is believed to have been in existence since the era of the epic Mahabharata and is inhabited by Mishmi tribes, one of the oldest tribes in India. Hence, you can find a lot of historical places and religious sites within its boundaries. Tezu is located in the Lohit district and is also one of the developed towns in the state.

The major reason why you must plan a tour of this ancient town lies in its historical as well as natural importance. On one side, you can explore the beauty of its historical places, such as Parshuram Kund and Golden Pagoda, and on another side, you can capture the beauty of its natural marvels, such as Glow Lake, Tezu Park and Kamlang Wildlife Sanctuaries.