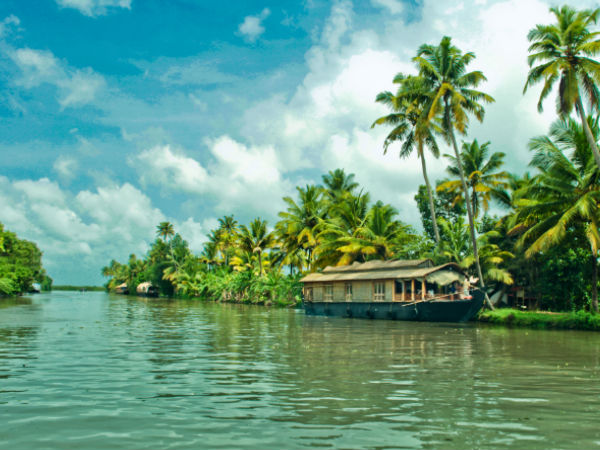 The way our eyes see a place is a little different from the way lens captures it. Some locations are such that they're meant to be photographed. Let us travel around some scenic places that are mystically photogenic in South India.

To name a few: Pamban Bridge in Rameshwaram, the monumental ruins of Hampi in Karnataka, the backwaters of Alleppey, etc. are the most favoured destinations for the photography tours in South India.

In recent times, Athirappilly Falls has become a favourite film shooting location. In turn it is attracting many visitors.

The statue of Shiva in the backdrop of Arabian Sea in Murudeshwara is one of the most scenic places to visit in South India. The tales of Murudeshwara are interesting and surprising to know as well!

The backwaters and the houseboats are the first things that reminds us of Alleppey in Kerala.

Shore Temple is one of the ancient stone architectures in South India. Never miss a visit to Shore Temple on your Mahabalipuram trip!

Anyone would love to catch a glimpse of sunrise like this, isn't it? Vijanagar Beach in Havelock Island through the lens!

Hampi is one of the most prefered places for photography tours in South India.

Who doesn't like to visit Munnar and experience its ever beautiful ambiance?!

Brihadeshwara Temple is more than 1000 years old and it took several years to construct this masterpiece in Tanjavur.

Kaup Beach is one of the beautiful beaches situated in Udupi of Karnataka. A evening at Kaup Beach looks like this!

The picturesque Pamban Bridge is a visual treat in Rameshwaram.

The Lakshmana Tirtha river cascades as Irupu Falls from the Brahmagiri Hills in Kodagu.

Varkala Beach is one of the picturesque beaches in Kerala.

The historic sites in Lepakshi is worth capturing!

Comments
Read more about: photos south india karnataka kerala andaman and nicobar
Other articles published on Apr 28, 2016
We use cookies to ensure that we give you the best experience on our website. This includes cookies from third party social media websites and ad networks. Such third party cookies may track your use on Nativeplanet sites for better rendering. Our partners use cookies to ensure we show you advertising that is relevant to you. If you continue without changing your settings, we'll assume that you are happy to receive all cookies on Nativeplanet website. However, you can change your cookie settings at any time. Learn more
Change Settings Continue