Scaling The Heights Of Agastya Mala 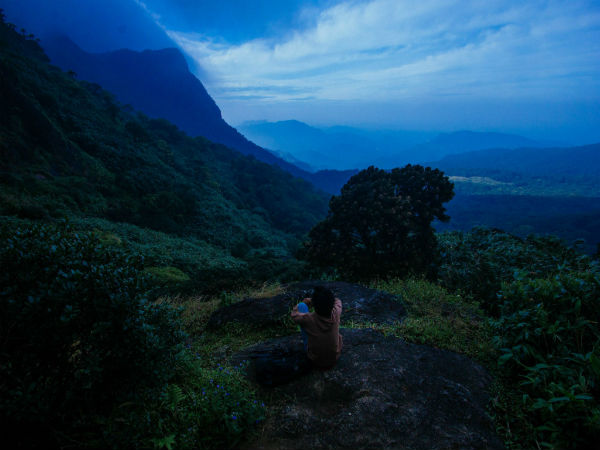 Out of the 18 biosphere reserves in the country, the Agastya Mala ranks tenth in position and finds its place in the much-famed UNESCO World Biosphere Reserve Network. The place is spread across the state of Kerala and Tamil Nadu along the Western Ghats and is a fine example of how to preserve and maintain a forest biosphere.

Spread across approximately 3500 sq km, it is part of Tirunelveli and Kanyakumari in Tamil Nadu and Thiruvananthapuram, Kollam and Pathanamthitta in Kerala. The peak is named after the sage Agasthya and rises up to almost 1868 m above sea level. Home to roaring waterfalls, lush green covers, sparkling streams and a chilly atmosphere, visitors are allowed only in the buffer zone of the reserve.

The peak is a two-day trek, which is located in the Neyyar Wildlife Sanctuary, and is also a very popular pilgrimage spot. The forest department of Kerala allows trekking to the peak only in the months of January and February, with a limit of 100 people per day so that the routes do not get over crowded. The reserve is also home to a number of tribal settlements, who rely on the forests and the 14 rivers for their livelihood.

Kanikkarans are the indigenous tribe found here, who rely on agriculture, fishing and hunting. They live in small huts made out of bamboo and are known for the medicinal healing technique using plants. However, most of them have moved out of the forests and only a small section lives around the region. To promote sustainability there are several programs which have been launched to reduce the strong tribal population-about 3000 people-from using up all the resources.

The mountain ranges are also home to three wildlife sanctuaries namely Shendurney, Peppara and Neyyar. A very recent addition to the list is the Kalakkad Mundanthurai Tiger Reserve, which is also considered as one of the most diverse ecosystems in the country. The place receives rains almost throughout the year and is home to tigers, Asian elephants, Indian bisons, leopards and various species of bats along with 200 odd avian species.

Agastya Mala is also known as Agasthyakoodam and is a pilgrimage destination for the followers of Hinduism. Devotees believe that Sage Agastya meditated atop the mountain; the sage is one amongst the Saptarishis mentioned in the various Hindu puranas. One would come across a small shrine dedicated to the sage at the summit. During the trekking season people come here to offer prayers.

The trekking season begins on the day of Makaravilakku festival at Sabarimala Temple which generally falls on the 14th or 15th of January every year and comes to an end on Shivarathri. Generally, the trekking path is open for about 60 days and only 100 entry passes are issued on each day of the trek, which are on a first come first serve basis.

People attempt the trek for a wide range of interests. While some of them are interested solely in the trek, there are others who are interested in getting to know the flora and fauna closely. Lastly, some come for its religious values. A point to be noted, children and women are not allowed to participate in the trek for various reasons.

How To Reach Agastya Mala

By Air: The nearest major airport is the Trivandrum International Airport which is located at a distance of 61 km from here. The airport is connected to major airports across the country and to a number of cities abroad.

By Train: The nearest major railhead is the Thiruvananthapuram Central, which is located at a distance of 53 km from here. The station is well connected to major towns and cities across the state of Kerala and to other major cities, such as Bengaluru, Chennai, Mumbai, etc.

By Road: Bonacaud is the nearest major town from where the trek begins. There are plenty of buses which operate from Thiruvananthapuram to Bonacaud. The trekking path from here is nearly 35 km, which would take you two days to complete, as trekking is allowed only after sunset.

Comments
Read more about: travel india nature kerala tamil nadu mountains pilgrimage religious travel wildlife
Other articles published on Nov 16, 2017
We use cookies to ensure that we give you the best experience on our website. This includes cookies from third party social media websites and ad networks. Such third party cookies may track your use on Nativeplanet sites for better rendering. Our partners use cookies to ensure we show you advertising that is relevant to you. If you continue without changing your settings, we'll assume that you are happy to receive all cookies on Nativeplanet website. However, you can change your cookie settings at any time. Learn more
Change Settings Continue