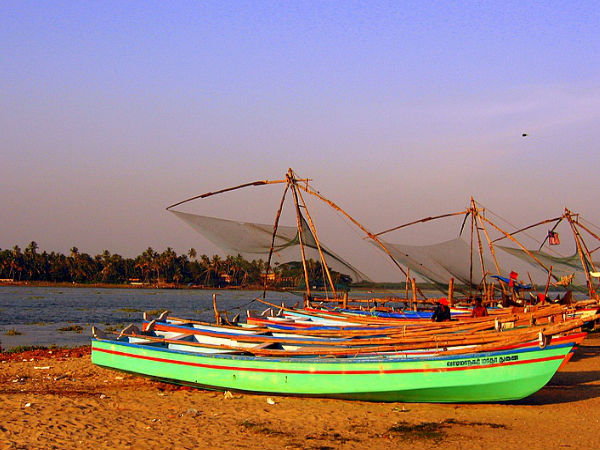 Fort Kochi, the beautiful town in the Ernakulam district of Kerala, never disappoints its visitors. And being a travel enthusiast, Fort Kochi definitely had a place in my travel list.

So, when I came across an article about the Kochi-Muziris Biennale, I was eager to visit the Biennale and as well the beautiful town. Until then, I knew Fort Kochi only through various Malayalam movies which had stories set in this town, especially Mattancherry. 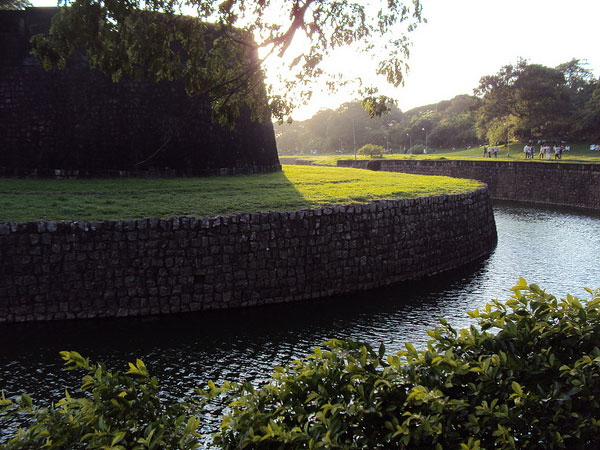 Travel To These Amazing Forts In Kerala

I decided to have a first-hand experience of the place, along with the biennale. So my basic plan was to attend the biennale as well as walk through Fort Kochi and get the true essence of the place. The plan is set for the 4-day trip, which begins on a Saturday morning and ends on a Tuesday night.

Fort Kochi is at a distance of 550 km from Bengaluru.

Day 1
An early start to beat the traffic of the city, we head straight out of the city onto the Hosur road. Our first stop was made at Adyar Anand Bhavan in Krishnagiri. After a filling breakfast we proceeded further ahead on the 4 lane national highway.

As we drive past the dry lands of Tamil Nadu, we step into the lush greenery for Kerala. With the Walayar check post welcoming you into the state of Kerala, we decided to stop over for lunch. Having satisfied our hungry stomachs at the roadside eatery, we head towards our destination, Fort Kochi.

En route we stopped at the Kuthiran Dhramasastha temple on the highway as most vehicles stop here and drop offerings for a safe passage. After paying our respects we head straight to Fort Kochi, where we reached around 5:30 PM.

Fort Kochi has ample places to stay, from homestays to luxury hotels. We had pre-booked our rooms at YMCA which offers its rooms at a very nominal charge, though the food is not provided here. After dropping our baggage at our rooms, we decided to walk towards the beach to catch the sunset.

The sunset is something not be missed, as you walk across the shore one can notice the famous Chinese fishing nets. There are plenty of restaurants around the seashore and also many cafes. We decided to get into Kashi Art Cafe for our dinner and head back to our rooms to rest.

Day 2
We decide to walk around Fort Kochi through the various biennale venues spread across the town. We had our breakfast at a small eatery next to the main venue of the Kochi Muzuris biennale, which is the Aspinwall house. After purchasing our tickets, we strolled through the biggest venue of the biennale.

After that we decided to head towards the famous Jew street and Jew Synagogue also known as Pardesi Synagogue. Originally built in 1568, the synagogue was partially damaged by the Portuguese in 1662, and was rebuilt two years later by the Dutch after they took over Kochi.

A point to be noted, photography isn't allowed in the premises and avoid wearing shorts and sleeveless tops.

Our next stop was Mattancherry palace. The palace was built by the Portuguese and was gifted to the Raja of Kochi as a goodwill gesture in 1555. There are many Murals depicting scenes from the Ramayana, Mahabharata and the Puranic legends which are well-preserved is something to be seen.

We took an auto to St. Francis Church near the beach, since we were pretty much tired with all the walking around. The church is one of the oldest churches built by the Europeans in India.

Vasco da Gama was buried here after his death, but his remains were taken back to Portugal after 15 years. The burial stop inside the church is clearly marked out.

We headed towards the beach to enjoy the evening breeze and to see the rusting old boilers of a ship. We decided to head back to rooms after having dinner at Kashi.

We decided to take the ferry to reach the city, the ferry ride is something which cannot be missed. The ferry ride costs Rs. 6 per person for a half an hour ride from Fort Kochi to Ernakulam. After getting out at the Jetty, we walked towards the famous Ernakulathappan Shiva Temple.

The next stop was Durbar Hall, another venue for the biennale, after coming out of the venue we decided to visit the famous LULU Mall. We could not find anything interesting in the mall probably because we had seen enough of malls in Bengaluru. The mall culture is in its infant stage in Kerala, The Lulu mall is claimed to be the largest in India.

We headed back to Fort Kochi and decided to visit Jew street, which known for its antique shops and not to forget spices. It is a narrow street between the Mattancherry Palace and Synagogue. The colonial buildings add on to the charm of the street.

And then, we decided to call it a night.

Day 4
And we decided to pack our bags and bid adieu to the beautiful town of Fort Kochi and return to Bengaluru, with all what we have seen, learnt and experienced.

How To Reach Kochi?