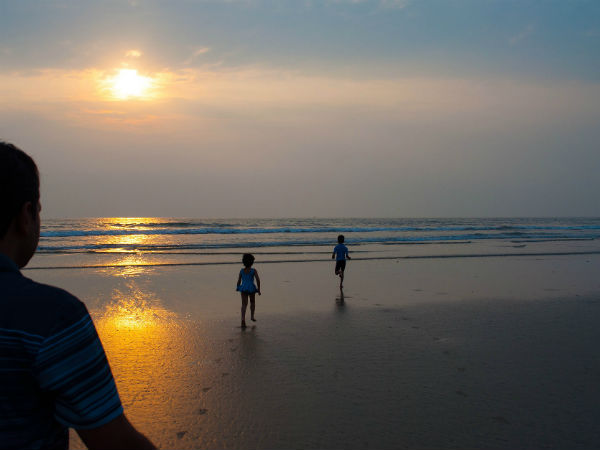 Tamil Nadu is home to hundreds of places that are not known to many tourists and travellers. These hidden places are those which define the actual beauty of the state. Hence, they must be on the bucket list of every unconventional traveller. So, if you think you love finding yourself at unexplored destinations, then consider visiting the beautiful town of Nagapattinam. It is located at a distance of about 300 km from Chennai and is generally visited by locals and seasonal tourists. Therefore, it houses numerous spots which deserve to be explored. Following given are the 5 major reasons why Nagapattinam in Tamil Nadu is an extension to your bucket list. Read on and learn more about this hidden beautiful town.

1) Lies On The Shore Of The Bay Of Bengal

Yes, Nagapattinam is one of those unexplored coastal towns in Tamil Nadu that can provide you with a wonderful environment. Being a coastal town, you can savour the beauty of several beaches. As the town is only known to seasonal tourists and locals, you can enjoy the beauty of its beaches to the fullest without having any disturbance from the tourist crowd.

2) Has A History Dating Back To Several Centuries

As per historical records, Nagapattinam was established in the early Medieval Period of India when the region was ruled by the Chola dynasty. However, it is also believed that Nagapattinam has a history stretching back to thousands of years and was a prominent coastal town even before the Common Era.

Therefore, if you are a history lover and always look forward to finding yourself amid ancient aisles, then you must plan a tour of Nagapattinam. This historic coastal town has a lot to showcase to its visitors. Nagapattinam was also ruled by several other armies including the Portuguese and the East India Company.

Apart from these two significant sites of religious prominence, other temples in the town include Sikkal Singaravelan Temple and Vedaranyeswarar Temple. Nagapattinam is also home to the 16th-century Nagore Dargah, which is an important pilgrimage centre amongst Muslims and is also a sacred site amongst Hindus.

4) Location In The Vicinity Of The Popular Velankanni

The famous Velankanni Church, which is one of the most significant pilgrimage sites in India for Christians, is located at a distance of about 12 km from Nagapattinam. Hence, no traveller can afford to miss visiting this marvellous church which is frequented by tourists from all over the country.

You can also explore and savour the beauty of the charming Velankanni Beach. So, don't you think you can enjoy divinity and serenity simultaneously within the boundaries of Velankanni? If yes, then Nagapattinam is an extension to your bucket list.

The most significant reason why Nagapattinam should be your weekend destination lies in its uncrowded and unpolluted environment. As it is not a proper tourist destination and is mostly visited by locals and seasonal tourists, you can feel the essence of tranquillity at its beaches and enjoy godliness in its temples and other religious sites. Don't you think these 5 reasons are enough to compel you to plan a tour of Nagapattinam this season?