Reasons That Make Payyanur In Kerala A Significant Tourist Centre 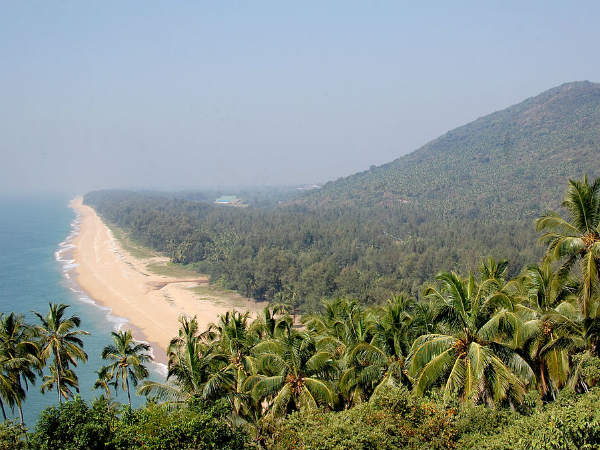 How about taking up the expedition of exploring a least-explored destination in Kerala? If you are in to do so, then add Payyanur to your bucket list now. Located in the Kannur district of Kerala, Payyanur is a beautiful town on the shore of the Arabian Sea and is home to several historical as well as natural sites. Therefore, it is certainly capable of becoming a proper tourist centre. It is nestled peacefully on the banks of the Perumba river and was once known as the hub of astrology in the past.

Today, Payyanur is a weekend destination for unconventional travellers who always look forward to discovering and savouring new places. If you have any doubt regarding a trip to Payyanur this season, then read the following reasons which make it a perfect weekend getaway. These reasons will certainly convince you to pack your bags.

1) Has A History Of Thousands Of Years

Payyanur is said to be one of the oldest living places in Kerala. As per Hindu mythology and local legends, it was established thousands of years ago before the Common Era. Hence, it would be completely right to say that it has been ruled by numerous South Indian dynasties over a period of time.

It has also been mentioned in the ancient text of Brahmanda Purana and is believed to be the place where the Pandavas, the characters from the epic Mahabharata, stayed for a while during their exile. Therefore, it also boasts of its age-old rich culture and traditions.

2) Home To Beaches And Backwaters

Another reason that categorises Payyanur as a perfect getaway in Kerala for offbeat travellers is the presence of untouched and unexplored beaches and backwaters within its boundaries. It is also home to numerous charming islands which harbour a soothing and delightful atmosphere.

Kavvayi Backwaters is the most prominent attraction here. The major beaches which can be accessed in and around Payyanur include Valiyaparamba Beach and Pulimoot Beach. How about boating in its beautiful backwaters and sunbathing on its sandy shore?

3) A Site Of Great Religious Prominence

As Payyanur has a history stretching back to thousands of years, one can find numerous ancient sites of historical and religious significance here. Even though Payyanur is mostly famous amongst locals and tourists for the highly revered Sri Subrahmanya Swamy Temple, it is also frequented on account of its other temples, which include Annur Sri Mahavishnu Temple, Karali Sree Bhadrakali Temple and Aneekkara Poomali Bhagavathi Temple. So, how about a trip to Payyanur and relishing the beauty of its divine temples?

4) Was Explored By Several Great Travellers In The Past

Yes, Payyanur is one of the few places in the country which were visited by some of the greatest travellers of all time. As per historical records, Ezhimala Hills in Payyanur was frequented and explored by Ibn Battuta in the year 1342. The region has been mentioned in his works about its seaport and popularity.

It has also got the attention of the famous historian and geographer, Abul Fida, in the year 1273 and the world-popular traveller, Marco Polo, in the 15th century. The beauty and the grandeur of the surroundings of Payyanur have been recorded in their works. Other travellers who have described its charm include the Portuguese traveller Duarte Barbosa and the Italian traveller Nicholo Konti.

Eventually, the reason why Payyanur is a serene destination is its untouched spots and untrodden trails. As it is only famous amongst locals and seasonal tourists, it has been successful in maintaining a peaceful environment.

Hence, one can spend a relaxing time in Payyanur without any disturbance from the tourist crowd. Wouldn't you love to laze by beaches where you can literally feel the essence of tranquillity? If yes, visit Payyanur before it becomes a mainstream stoppage.