Nativeplanet
»
Travel guide
»Ramgarh - To The Fort Of Lord Ram

Ramgarh - To The Fort Of Lord Ram 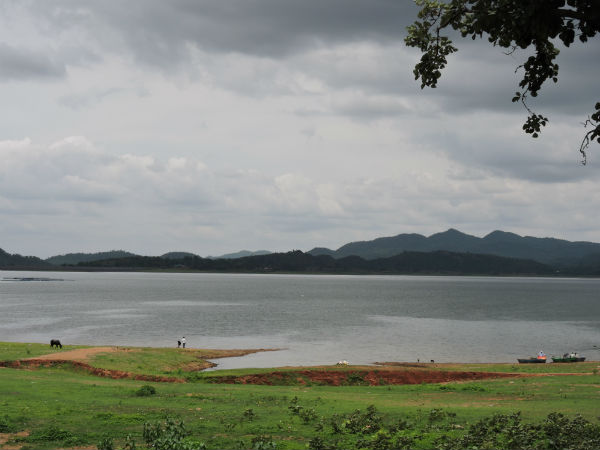 One of the prime tourist destinations in Jharkhand, Ramgarh, emerged as a district from Hazaribagh district on 12th September 2007. Often referred as the Fort of Lord Ram, Ramgarh comes with a rich history dating way back from the Stone Age. There is enough evidence to suggest that big regimes like the Gupta Empire, Muslim Regime and the British Regime resided in Ramgarh.

Ramgarh is immensely rich in mineral resources like coal, one of the prime reasons why the industrial sector is present here. The Thermal Power Station at the Patratu district of Ramgarh is one of the oldest power stations in the country built in the 1960s that is still standing strong. Apart from this, the area also features abundant flora and fauna. The local festivals of Ramgarh give it a rich heritage, and it is always great fun to be part of these festivities.

Tourist Attractions In And Around Ramgarh

There are several prominent tourist attractions in and around Ramgarh. Whether you are looking for religious shrines, beautiful natural attractions or iconic historical attractions, Ramgarh has everything to match all tastes.

Placed on the banks of the Damodar river in the heart of Ramgarh, this is also known as the Gandhi Ghat. The famous Mahatma Gandhi visited Ramgarh during the Congress sessions held in 1940. Post his assassination in the year 1948, the remains of this great leader were sent to various parts of the country including Ramgarh.

A Samadhi was created using black granite stones in the memory of Mahatma Gandhi. Many modern personalities come and pay homage to one of the greatest freedom fighters of India.

Situated near the borders of Ramgarh, this dam supplies the essential water for the functioning of the iconic Patratu Thermal Power Station. With a storage capacity of 81 square miles, the water is stored from the river of Nadkarni and the waterfalls from the nearby waterfalls.

This dam is a favourite picnic spot and many tourists and visitors come over to Ramgarh to check out the dam during the winter season. There is a boating facility available for the adventurists. One thing that you should not miss out is the fantastic sunrise and sunset.

The road leading to the dam is stuffed with incredible natural beauty that is soothing to the eyes. Devotees who offer prayers and seek blessings from the lord visit the Panchawahini Temple here.

One of the attractions that holds an essential place in the history of Ramgarh is China Kabristan. The World War II saw many soldiers being captured and inhumanly tortured in Ramgarh. Majority of the soldiers died due to hunger and snakebites.

This burial ground, spread over 7 acres of land, today houses close to 667 graves of soldiers. The pillar in the centre of the graveyard was built in the memory of Chiang Kai Shek. This graveyard houses colourful and vibrant flowers. The cemetery also houses a Buddhist temple.

Nestled in-between Ramgarh and Ranchi, this is a must visit for all the nature enthusiasts and young children. This zoological park is blessed with a beautiful natural environment featuring an abundance of native vegetation and numerous varieties of animal species housed here.

The animals housed in this zoological garden live in the open in their natural surrounding. There are battery-operated vehicles that are designed for touring this beautiful zoological park.

Ramgarh houses an array of ancient temples that will instantly catch your attention. This city serves as a favourite pilgrimage spot for people from diverse religious backgrounds. Some of the famous temples in Ramgarh are Kaitha Shiv Mandir, Tuti Jharna Temple, Gurdwara Singh Sabha, Khere Math, Mayatungri Temple and Rajrappa Mandir. Several thousands of devotees visit these temple and offer prayers and sacrifices while seeking the blessing of the gods.

Ramgarh features several mighty waterfalls and is a great place to visit with your family and friends over the weekend. Some of the widespread falls in Ramgarh that one should not miss out during their trip are Naikari Dam, Chutupalu, Barso Pani, Dhur-duria falls, Gandhaunia, Dhara Falls, Nimi falls and the Hundru Falls. Many falls are located near each other, thus, visiting all of them together is a high possibility.

Comments
Read more about: jharkhand travel india heritage forts temple waterfalls
Other articles published on Dec 20, 2017
We use cookies to ensure that we give you the best experience on our website. This includes cookies from third party social media websites and ad networks. Such third party cookies may track your use on Nativeplanet sites for better rendering. Our partners use cookies to ensure we show you advertising that is relevant to you. If you continue without changing your settings, we'll assume that you are happy to receive all cookies on Nativeplanet website. However, you can change your cookie settings at any time. Learn more
Change Settings Continue