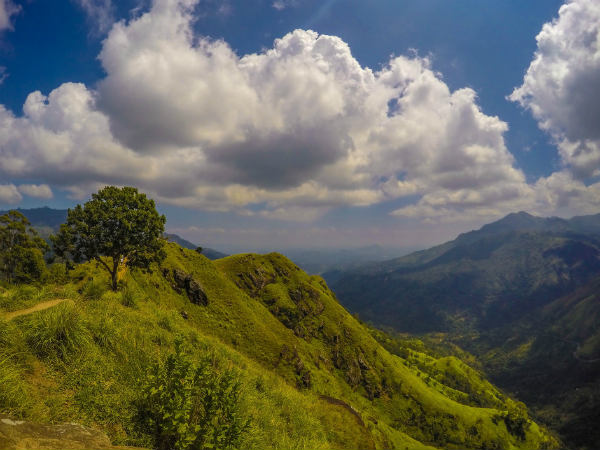 Uttarakhand is usually known for its pilgrimage centres and hence, it is mostly visited by Hindu devotees and other tourists who always look forward to bringing in a sense of devotion and purity in their lives. However, unknown to many, it is a small paradise with innumerable hill stations, which are assuredly capable of sending you directly into the world of stillness.

These hill stations are characterised by their unpolluted environment, fresh atmosphere and rich surroundings and hence, it is rightly said that the hill stations of Uttarakhand can convert anyone into a miraculous poet; such is the majesty and greatness of this beautiful state. One such place here is Ramgarh, which is only popular amongst locals and therefore, remains a crowd-free destination throughout the year. How about learning a little bit of poetry here after witnessing its godly nature and incredible setting?

Being a hill station tucked away in the beautiful hills of Uttarakhand, Ramgarh experiences a cool and pleasant weather throughout the year and hence, it is year-round destination. However, if you are looking to enjoy the best of Ramgarh and witness its beauty at its summit, then the best to visit is from October until the end of April. It is mostly visited by local tourists during the summer season, as it is a perfect place to escape the hot sun.

Ramgarh is located in the Nainital district of Uttarakhand and is one of the few hidden hill stations in the state from where you can comfortably watch the picturesque views of the Himalayas. Surrounded by mountains and covered with lush grasslands and dense vegetation, Ramgarh was once a military camp for the British army.

Today, it is known amongst locals as a small hill station which remains beautiful throughout the year. It is also popular for its richness in orchards and hence, it is also sometimes referred to as the Fruit Bowl of Kumaon. The major fruit plantations here include peach, apple and pears.

Wouldn't you love to be at such an amazing place where you can find each and every corner filled with a certain beauty of nature? If you are bored of visiting crowded hill stations, then you must consider visiting Ramgarh this season.

What Is So Special About Ramgarh

Ramgarh is one of the few places in India which have inspired and compelled a lot of authors and poet to pen down the best of literary masterpieces. Yes, it is the place where writers like Rabindra Nath Tagore, Ramdhari Singh Dinkar and Agyeya lived and framed the hidden majesty of God's creations.

It is also the place where the legendary writer Mahadevi Verma got inspired and sketched the famous story, Lachma. Hence, you can find a small library dedicated to Mahadevi Verma here. Isn't it an inspirational stoppage which seems to create artists again and again? So, if you are looking forward to merging the beauty of your thoughts with the liveliness of nature and creating the best of your works, then it is advisable to plan a tour of Ramgarh and its alluring spots.

Even though the heavenly beauty of Ramgarh, comprising of viewpoints, forests, trekking trails and enchanting valleys, is enough to satisfy the wanderlust of a traveller, you should still consider exploring beyond its boundaries, which are also not less than heaven.

These places include the quaint hill station of Mukteshwar, the mesmerising lakes of Nainital town and beautiful hamlets of Hartola and Nathuakhan. You should also consider exploring the beauty of Dadi Point in Ramgarh, which is a famous view point and is named after Adarsh. C., the most loved individual of Ramgarh. So, what do you think of getting yourself to this quaint hill station now?

By Rail: As there are no direct trains available to Ramgarh, you need to catch a train to Kathgodam Junction, which is the nearest railhead at a distance of about 50 km.

By Road: Ramgarh is well connected to other cities and towns by road and hence, it is easily accessible by road. However, you need to be little careful as the road network of Ramgarh consists of several winding roads.