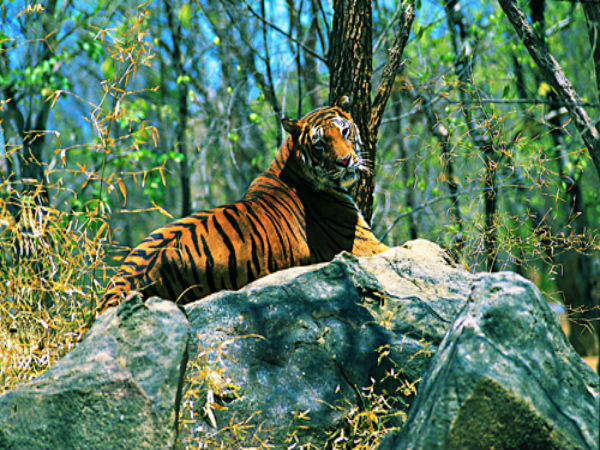 Filled with gorgeous waterfalls, caves, homestays and much more, Wayanad is an important town which is well known for its high energy tea plantations and natural life. One of the most beautiful places to visit in the state of Kerala bordering Tamil Nadu, it has a large number of attractions for its visitors.

Beginning with the lush greenery of Tholpetty in the northern side, Muthanga in the east, which also stretches itself to Tamil Nadu, Kalpetta in the south, Mananthavady in the north-west direction and finally Sultan Bathery in the south east. The place is beautiful region to spot wild elephants who are accompanied with cool wind and alluring landscapes; Wayanad is bound to satisfy the wanderlust hidden in each one of us. Have a look at the major attractions here and make sure you visit them when here.

Edakkal caves is famous for its cave art which dates back to 6000 BC. To reach the cave, one has to trek up the Ambukuthi mala which would take you around 45 min. Inside the cave one would come across two chambers, the lower one is 18 ft long, 12 ft wide and 10 ft high; whereas, the upper chamber measures 96 ft in length, 22 ft in width and 18 ft in height.

One would come across figures and other objects which are used by humans carved on the walls of these caves. The caves throw light on the intelligent society who lived here, the place attracts archaeologists, history buffs and students from across the globe.

The Banasura Sagar Dam is the largest earthen dam to be built in the country and the second largest of its kind in Asia. Built across the waters of Karamanathodu, which is a tributary of the Kabini river.

The dam lead to the formation of a dam which is dotted with a number of small islands, which are lush green and have the majestic Banasura hill as the backdrop.

Located at an altitude of 3200 ft amidst the misty hills of Wayanad, Banasura is a perfect retreat for a traveller who comes looking for more enriching experiences and not just a holiday.

Situated on the national highway en route the Pookote Lake, one would come across a Ficus tree which has a massive steel chain hanging around it.

There are multiple stories and legends which relate to its existence, one amongst them is the fable of a local tribal named Karinthandan who was killed by the British after procuring his help to find out routes through the ghat section which had no roads cutting across the forests.

The spirit of the tribal person began to cause accidents as a revenge for his untimely death, due to which a priest was summoned who chained the spirit to the tree.

The Wayanad Wildlife Sanctuary was established in the year 1973 which is spread across 344 km with four ranges namely Sultan Bathery, Muthanga, Kurichiat and Tholpetty.

The sanctuary is home to a large number of Indian bisons, Asian elephants, deer, tigers, etc. along with varieties of birds and flora. The sanctuary is the second largest wildlife sanctuary in the state which is gifted with lush greenery.

The Soochipara Falls is also called Sentinel Rock Falls and is a three-tiered waterfall which is located in place called Vellarimala which is wrapped by deciduous, evergreen and Montane forests.

The waterfall measures 656 ft in its height and has a cliff face which makes it an ideal place for rock climbing. The waterfall later melts into the Chaliyar river near Cherambadi which comes after Vellarimala Hills.

Thirunelli is an ancient shrine dedicated to Maha Vishnu which is located at the base of the Brahmagiri hills. One cannot find any recorded history which indicates the origin of the temple, it is believed the shrine was built by Brahma.

It is said that while Brahma was travelling around the earth on a swan when he noticed the beautiful Brahmagiri hills and decided to descended to the spot where he found an idol of Maha Vishnu under a gooseberry tree.

He installed the idol ritualistically and called the place Sahyamalaka. Devotees believe that Brahma comes to offer his prayers to the deity here in the wee hours everyday; due to this, the priest leaves behind fresh pooja materials in the sanctum before closing at night.