All About The Lost Town Of Poompuhar In Tamil Nadu 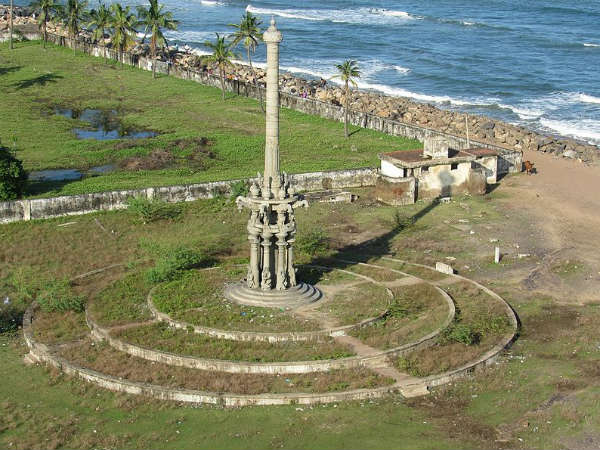 The beautiful expanse of Tamil Nadu is dotted with thousands of tourist spot. Even though this charming state is known as the state of temples, the fact that it is also home to beautiful hill stations, historical monuments and several other natural sites cannot be debunked. Therefore, it would be perfectly right to say that Tamil Nadu attracts each and every type of tourists. But there are very few places in the state which are known for their history and nature equally. If you are looking forward to spending your vacation at such an amazing place, then consider visiting the ancient and the beautiful town of Poompuhar. It has a lot in store to be savoured, and therefore it should be on your bucket list. Read on to know about its history and surroundings and how to reach it.

During the summer season, the climate in and around Poompuhar is hot and humid. Therefore, do avoid visiting it during the summers. The best time when this lost town experiences a pleasant weather is from November until the end of March. During this period, you can enjoy the beauty of Poompuhar to the fullest.

The History And Surroundings Of Poompuhar

Also called Puhar, Poompuhar is an ancient port city near the mouth of the Kaveri river and is located in the Nagapattinam district of Tamil Nadu. As per archaeological evidence found during excavation, this age-old city is said to have been established thousands of years ago. It has been destroyed several times by huge Tsunami waves in the past.

Today, it is only known amongst locals and a few offbeat travellers for its untouched beauty. Did you know that Poompuhar also served as the capital city of the early Cholas? Well, this is something which makes it an important historical place. Apart from its beautiful coastal region, the major attractions here include Poompuhar Museum, Pallavanam Shiva Temple and Poompuhar Lighthouse.

Why You Must Visit Poompuhar

Poompuhar is a weekend getaway for those who always look forward to witnessing and exploring new places. As this ancient port city is unknown amongst common tourists and is only visited by locals, you can explore its beauty comfortably and conveniently.

On one hand, you can laze by its untouched sandy beach and on the other hand, you can explore its history. So, don't you think it would make for a perfect choice this weekend? If you are an unconventional traveller, then you can't miss out on Poompuhar.

By Air: The nearest airport to Poompuhar is located in Tiruchirapalli at a distance of about 140 km. Once you have reached Tiruchirapalli, you can either hire a cab or catch a bus to reach Poompuhar.

By Road: Poompuhar is well connected to Chennai and other cities by road, and hence you can easily approach it by road.