Nativeplanet
»
Travel guide
»Travel to Patna, The Capital of the Magadh Dynasty

Travel to Patna, The Capital of the Magadh Dynasty 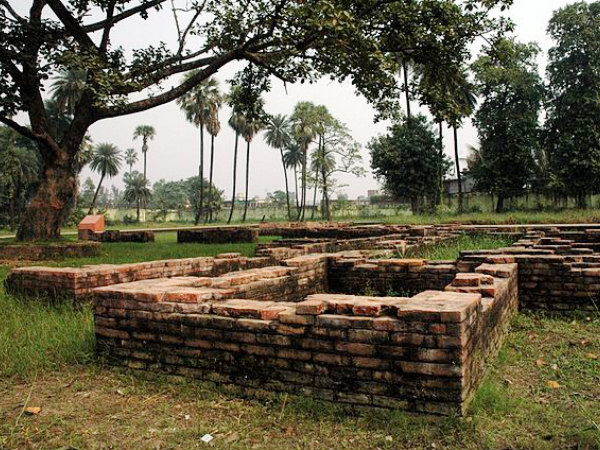 The city of Patna in Bihar is one of the oldest cities in India and was previously known as Pataliputra. It was the capital of the Magadha Empire and travellers coming here to this date can witness many ruins of this great empire.

Though not a major tourist hub, the city gets its fair share of visitors, most of whom are archaeologists and historians, travelling to the city to learn more about the Magadh dynasty. Here is a guide to the historical city of Patna. You too can go on a historical tour to the city, take a look!

The Mahavir Mandir is one of the holiest temple in Patna and is dedicated to Lord Hanumana. The temple was constructed in 1947 by the Hindu refugees who fled from Pakistan post partition. Today, this temple is a religious hub and pilgrims visit the temple to pay their respects to the lord. Travellers coming here can offer prayers at the temple and also see the many drawings on its walls that portrays the life of Lord Hanuman.

The Patna State Museum is also known as Jadu Ghar by the locals. It is known to house various relics of Gautam Buddha, a fossil of an old tree that is believed to be 200 million years old and also the statue of Didargang Yakshi. There are also many relics of the Magadhan dynasty to be found here. A visit to the museum is certain to be a learning experience.

The Patan Devi Mandir is one of the most revered temples in Patna and is dedicated to Goddess Durga. The temple has been built facing north towards the Ganga river and the statues of the temple are carved out of black stone. A unique feature of this temple is that people of all religions are allowed inside to offer worship to the goddess. Tourists coming here will be surprised by the crowd that gathers around the temple. The temple hold special significance in the region as there is a belief that the deity here has supernatural powers.

Patna Zoo, also known as Sanjay Gandhi Jaivik Udyan is home to few endangered animals like tiger, clouded leopard and the Himalayan black bear. The zoo is home to over 800 animals that include; hippopotamus, elephants, crocodiles and many more. It also has an aquarium that contains 35 species of fish and a snake house that has over 5 different species of snake. It is the perfect place to head to with the kids for a holiday outing.

The Takht Sri Harmandir Sahib in Patna was built by Maharaja Ranjit Sing in honour of the tenth Sikh Guru, Guru Gobind Singh. This gurudwara is the root of Sikhism in the eastern part of India. It houses many of the personal belongings of Guru Gobind Singh such as his gold plated cradle called the 'Pangura'. Travellers coming here marvel at the architecture of the gurudwara, as it boasts of elegant white domes and designed staircases.

One of the unique architectural wonders in Patna is the Golghar that was granary built by the British during the famine of 1786. This 29 mt tall granary is now used for getting a panoramic site of the city and also of the Ganga River that flows through here. Though the architecture is in bad shape, various steps have been taken by the local government to preserve it.

Kumhrar is a small region outside Patna that houses the ruins of the Magadhan empire. Travellers coming here can admire the ruins and also be mesmerised by the skills of the artisans. Also a thing to notice is the well-planned structure of the entire region. It is a perfect place to head to if you are in the mood of getting a slice of history.

By Air: Patna has an international airport that is well-connected to all major cities of India.
By Train: Patna Junction is well-connected with all the other cities of the country.
By Road: Patna is well-connected by road as several major highways including NH-19, NH-30, NH-31 and NH-83 serve Patna. Many luxury bus liners make a beeline for the city at regular intervals.