6 Places To Celebrate Makar Sankranti In India In 2021 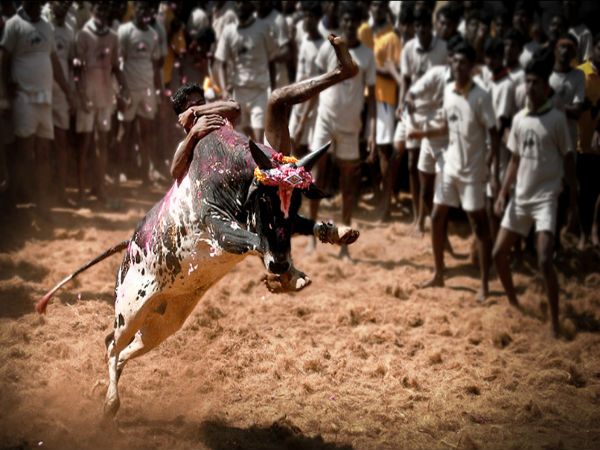 Makar Sankranti is one of the few festivals that is celebrated across India with pomp and grandeur. In most of the Southern states like Tamil Nadu, Karnataka, and Andhra Pradesh, Pongal/Makar Sankranti is commemorated as a four-day festival. However, in the Northern states, it is called Uttarayan, and it signifies the inception of the sun's transition into the zodiac of Capricorn (Makar means 'Capricorn' and Sankranti means 'transition' in Sanskrit). This change symbolises a wholesome new beginning after the harvest is over and thus summons for a feast and celebration.

With Kids having a brief holiday, parents often plan a vacation during this time of the year. And traversing a place through its celebrations is one of the best ways to get to know more about Indian culture and festivals. We have compiled six exceptional destinations to make this Makar Sankranti in 2021 special for you.

Lohri, commemorated across Punjab, is a community festival that marks the beginning of a new harvest season, spreading the spirit of unity, brotherhood and honour. Also, signifies the end of winter. The celebration includes preparing a massive campfire on the night of Lohri and sharing the warmth with family and loved ones. The adherents sing and dance around the bonfire offering peanuts, til (gingelly), and Chirwa (beaten rice) to the burning residue. Apart from the celebrations, other major draws in Amritsar are the famous Golden Temple, Wagah Border (India-Pakistan) border and Jallianwala Bagh.

The urban city of Hyderabad retains its share of culture and history to this day! Makar Sankranti is a four-day affair in this part of India. The first day is Bhogi which entails the burning of old things in a campfire and chanting and dancing around it. On the day of Sankranti, people don new clothes, paint the house, draw rangolis and cook Chakkara Pongal; made of milk, rice, and jaggery. Cattles are glorified and praised for their contribution towards the produce. Charminar, Ramoji Film City, Golconda Fort, Birla Mandir, Salar Jung Museum and Chowmahalla Palace are some of the tourist attractions in Hyderabad, to name a few.

Madurai is also far-famed for Jallikattu (the traditional sport played during Pongal), jasmine flowers (grown in excess), and authentic local treats. It is closely connected to the nearby hamlets, and this is where a popular festival such as Pongal can be witnessed and experienced in its true sense. On the first day, at daybreak, farmers with their families donate a portion of the harvest to the Sun god as thanksgiving.

The observance includes making of unique and vivid Rangolis and serving of sweet dish, Sakkarai Pongal; made of jaggery and rice in mud pots. The mango leaves are hung at the main door, and the whole house is painted to revere the festivities. In addition to decorations, there are distinctive poojas to respect the role of cattle during the harvesting season. The Thiruppuramkundram temple, Thirumalai Nayakar Palace, and Gandhi Museum are other main attractions in this ancient city.

The town of Thanjavur is renowned for the archaic Thanjavur paintings and Brihadeeshwara Temple. But what enhances its charm is the verdant paddy fields all around. Moreover, Thanjavur is also the largest rice-producing region in Tamil Nadu. One can witness the old customs still followed at the special pooja for cattle on Mattu Pongal day at Brihadeshwara temple. The local inhabitants conduct rangoli trials making the streets look vigorous and lively. Also, don't forget to visit Brihadeeshwara Temple. There is something unique about this stunning temple. The main Gopuram is erected in a way that its shadow never falls on the ground.

Ahmedabad, one of the significant cities in Gujarat, and is an excellent place to be at to understand the rich culture of the state. It is the best place to observe the artistic kite celebration during Makara Sankranti. Every street in Ahmedabad is a kaleidoscope of liveliness; from bazaars that sell the different-hued Manjha (the thread tied to the kites), colourful kites, floating lights to food stalls selling delicacies such as Jalebis. And other famous attractions in Ahmedabad include Adalaj Stepwell, Sabarmati Ashram, Sidi Saiyyed and Jama Mosque, Auto World Vintage Car Museum, Calico Museum of Textiles, and Kankaria lake.

With rich culture, heritage and nature bounties, Mysore holds the tag for the cleanest city for the year 2015 and 2016 in India. The harvest festival involves praising the spirits and gods for a good yield, donning new clothes and preparing interesting rangolis. The highlight is the preparation of Ellu-Bella, which is a mish-mash of fried groundnut, jaggery, white sesame, and dry coconut, which is shared among the neighbours. Along with this, women also share pieces of sugarcane, bananas, Kum Kum and Haldi. As a neighbourhood celebration, people revel in kite flying. Distinctive prayers are offered to cattle and then taken on a celebratory parade. On tour to Mysore, do not ignore to visit the beautiful Mysore Palace, Brindavan garden, Chamundeshwari temple, Mysore Museum and Zoo.