Places In South India Visited By Ibn Battuta, The Greatest Traveller Of His Time 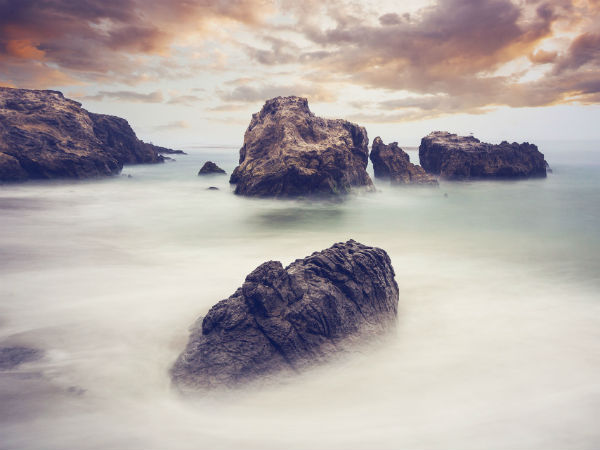 If you are an ardent traveller or aspire to be one, then you must have heard of Ibn Battuta, who is considered as one of the greatest travellers of all time. Do you know he was just 21 years old when he embarked on his first journey to Mecca from his home town Tangier in the early 14th century? Later on, he travelled across the entire world and explored the beauty of different cultures and lifestyles that prevailed during his era. And yes, he couldn't resist himself from exploring India too.

From Abohar in Punjab to Kollam in Kerala and Kannauj in Uttar Pradesh, he visited numerous villages, towns and cities in order to learn in detail about the famous cultures and traditions of India. So, let's move on and study about places in South India which he explored on his expedition. All these places have been mentioned in the books written by him. Read on to know more about them.

Located in the Uttara Kannada district of Karnataka, Honnavar is a historic port city which is said to have been in existence since the advent of the Common Era. As per records, it is said that Ibn Battuta started his journey of exploring Indian culture in Honnavar only. He was so satisfied with the beauty of this port town, which was characterised by lush green forests and beautiful waterbodies back then, that he decided to stay here for more than a week.

Did you know this interesting fact about Honnavar? If not, then you really need to pack your bags and visit Honnavar to believe its pristine beauty. Even though it has been developed into a commercial port town, you can still avail the opportunity of witnessing its natural beauty through its beautiful backwaters and green surroundings.

Even Ibn Battuta could not resist himself from getting charmed by the surreal beauty of this God's Own Country, Kerala, and its small paradise, Kannur. One of the major urban centres in the state today, this beautiful destination was once a summer retreat for locals and seasonal tourists in the past. Kannur is located in the vicinity of the Western Ghats and hence, it is home to several natural beauties in the form of waterfalls, lakes, forests and green vegetation.

Being a seaside settlement, it also attracts thousands of beach lovers and picnickers every year. Apart from natural beauties, you can also enjoy the presence of ancient monuments, which include temples and forts. The major places in Kannur include St Angelo Fort, Rajarajeshwara Temple, Chalil Beach, Ezhimala Hill and Muzhappilangad Beach.

Another beauty of Kerala, Kollam is one of the five port cities in India which were explored by Ibn Battuta during his expedition of travelling all around the world in the 14th century. However, today, Kollam is famous as an urban centre with temples, lakes, and beaches. Therefore, it has become a popular tourist spot over a period of time.

Nestled wonderfully in between Ashtamudi Lake and the Arabian Sea, this seaside beauty should be on the bucket list of every traveller. If you follow Ibn Battuta and his voyages, then you must not miss out on Kollam which has hosted numerous other travellers from all over the world. Apart from beaches and lakes, the major places here include Rameshwara Temple and Palaruvi Falls.

One of the largest and historic cities in Karnataka, Mangalore is an ultimate destination for every kind of traveller as it is home to everything, ranging from beaches to forts, temples to churches, lakes to forests and waterfalls to parks. It is settled in between the Western Ghats and the Arabian Sea and is one of the major ports in India.

It is rightly said that if you are looking forward to exploring the history of Karnataka, then you must plan a tour of Mangalore. Through its historic sites and natural marvels, one can easily get to know in detail about the development of Karnataka. The major places here include Panambur Beach, Kudroli Gokarnath Temple and Sultan Battery.

Most of the places Ibn Battuta took a break at in South India are from Kerala. One amongst them is the port city of Kozhikode, also known as Calicut, which is famous for its beautiful beaches and ancient monuments today. As per historical records, Kozhikode is said to be the greatest port by Ibn Battuta as it was the place where merchants from all over the world were found. Do you know it is also the place where Vasco da Gama landed during the late 15th century? So, how about planning a trip to this seaside beauty which allured travellers from all over the world?

Comments
Read more about: india travel tourism summer news kerala kollam kannur mangalore karnataka beaches hills
Other articles published on Jul 11, 2018
We use cookies to ensure that we give you the best experience on our website. This includes cookies from third party social media websites and ad networks. Such third party cookies may track your use on Nativeplanet sites for better rendering. Our partners use cookies to ensure we show you advertising that is relevant to you. If you continue without changing your settings, we'll assume that you are happy to receive all cookies on Nativeplanet website. However, you can change your cookie settings at any time. Learn more
Change Settings Continue