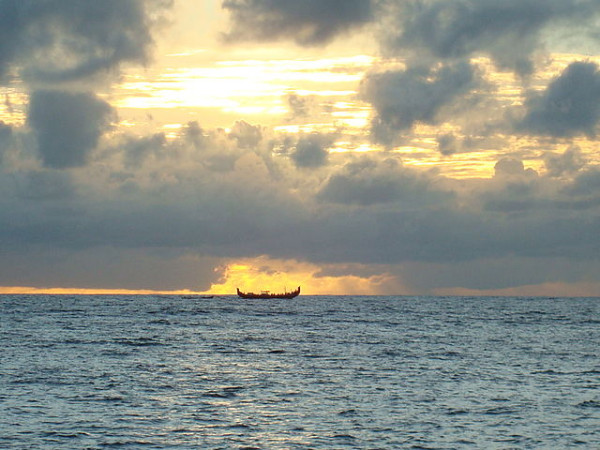 Beaches form the heart of Kerala tourism. One can find beaches in almost all corners of Kerala. Some are very famous and some are the local beaches. However, it is bliss to take a walk in the pristine sand and play with the waves.

Don't we love to build something from the beach sand and try to run while waves hit the shore? It is a visual delight to see the sea touching the sky! What better than the 'God's Own Country' to explore the seascapes?

This photo tour of beaches in Kerala will make you want to visit it right now! They are definitely some of the best tourist places in Kerala.

The beautiful Varakala Beach is considered as holy by the locals. Hence, it is also named as Papanasanam Beach. Varkala Beach is situated in the village called Varakala in Thiruvananthapuram.

Kappad Beach is the first place where the European explorer Vasco Da Gama landed in India for the first time. Kappad or Kappadakadavu Beach is one of the best attractions in Kozhikode.

Marari Beach is one of the picturesque beaches in Alappuzha district. Earlier, it was an offbeat destination but later it became famous after the creation of Marari Beach Resort.

One can actually drive on this beach! Yes, Muzhappilangad Beach is the longest drive-in beach in India. It is located between Thalassery and Kannur.

Cherai Beach is at the distance of 40km from Kochi. It is one of the best offbeat destinations in Kerala.

Beypore is one of the oldest ports in Kerala. It is also known for shipbuilding. Beypore Beach is located in Kozhikode district.

Alleppey Beach is one of the enchanting tourist attractions in Alappuzha (Alleppey). It is also the centre for several festivals like Alleppey Beach Festival.

Payyambalam Beach is one among the five prominent beaches of Kannur. It is also a famous picnic spot for the locals and as well as tourists.

Chavakkad Beach is around 6km from Guruvayur Temple. It is located in Thrissur District of Kerala.

Comments
Read more about: beaches kerala
Other articles published on Jan 5, 2017
We use cookies to ensure that we give you the best experience on our website. This includes cookies from third party social media websites and ad networks. Such third party cookies may track your use on Nativeplanet sites for better rendering. Our partners use cookies to ensure we show you advertising that is relevant to you. If you continue without changing your settings, we'll assume that you are happy to receive all cookies on Nativeplanet website. However, you can change your cookie settings at any time. Learn more
Change Settings Continue