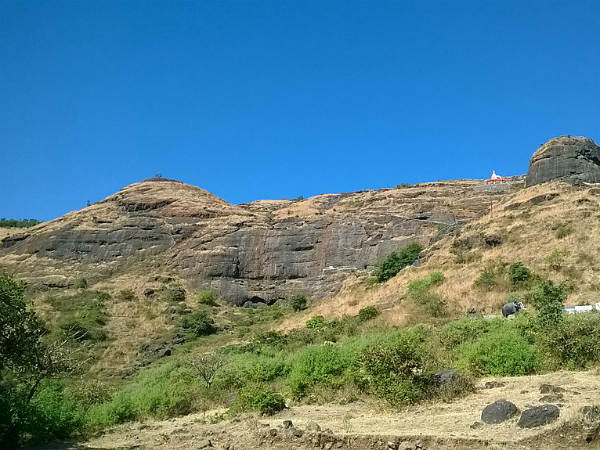 Also known as the wine capital of India, Nashik is one of the major urban centres in Maharashtra. However, it is popular amongst tourists for its beautiful attractions which include waterfalls, hills, forts, parks and streams. Due to the presence of several temples within its boundaries, it is also considered as a significant pilgrimage centre amongst Hindus. Have you ever been to Nashik? If not, then you must plan a trip to this wonderful city which has in store a lot of hidden places which are yet left to be explored.

One amongst these unknown marvels is Patta Fort, which is located on the outskirts of Nashik and is a beautiful place to learn about the history of the region and go trekking and photographing. If you are always ready to take up the expedition of unveiling such places, then read on to know more about Patta Fort in Nashik and how to reach it.

Located in Nashik, the region in and around Patta Fort experiences hot summers and hence, it is not a preferable choice during this season. The best time to visit Patta Fort is September-October until the end of February; during this period, the weather is pleasant and the surroundings are lush green; thereby, letting every visitor savour its beauty to the fullest.

How To Reach Patta Fort

By Air: The best way to reach Patta Fort in Nashik is to take a flight to Mumbai airport and then from there, a cab or bus to Nashik. The distance between Nashik and Mumbai airport is 175 km. Hence, it will take you an approximate time of 4 h to reach your destination.

By Rail: Nashik has a well-maintained railway station which is connected to all other major cities and towns of the country. Hence, you can catch a direct train to Nashik. Once you have reached the station, you can hire a cab to Patta Fort, which is located at a distance of about 45 km from the station.

By Road: Patta Fort has a good road network and hence, you can easily approach it by road.

The History And Surroundings Of Patta Fort

Also known as Vishramgad, Patta Fort dates back to the Bahmani Sultanate during the early 15th century. However, its exact history is still unknown. As per locals, the fort was built by a Bahmani king when he felt the need of protecting his kingdom around Nashik from invaders. It is also believed to be the place where the Maratha King Shivaji rested for a while after winning Jalnapur from the Mughals.

After the Bahmanis, the fort was always under the control of the Mughals until the commencement of the British rule. Today, the fort is inhabited by several locals, who are referred to as Pattekars. With an elevation of about 4560 feet, it is one of the highest forts in the region. How about catching a glimpse of this monumental fort and exploring its history through its ruined structure?

Why You Must Visit Patta Fort

As Patta Fort is inhabited by Pattekars today, you can find several buildings in the form of temples here. The major temples which are visited by thousands of tourists and Hindu devotees include Pattai Devi Mandir and Sri Laxman Giri Maharaj Mandir, which is located inside a cave atop this hill fort. Don't you find it to be an interesting place?

On one hand, you can explore the beauty of the fort and its temples and on the other hand, you can go trekking and camping. From the top of the hill, you can also savour the panoramic beauty of the surrounding villages. As Patta Fort is only popular amongst locals, it remains unexplored throughout the year. Hence, it is also a perfect spot to enjoy peace and stillness in nature away from the noisy city life.