Orchha - Travelling Back In Time 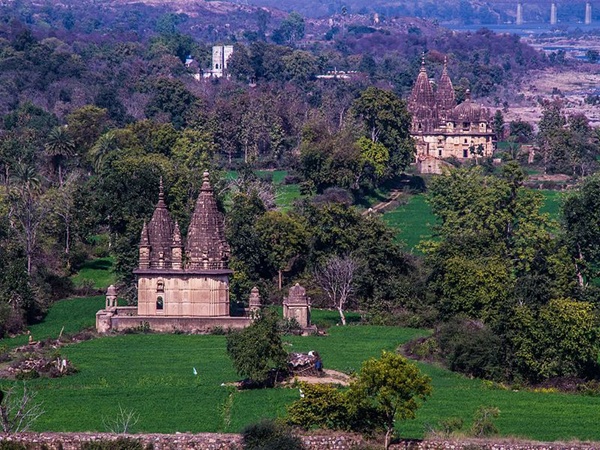 The ancient town of Orchha, nestled on the banks of River Betwa, dates back to the 16th century when the Bundela Rajput chief, Rudra Pratap founded it. It is the site where the river Betwa splits into seven channels, also called Satdhara, which is believed to be in the honour of the erstwhile seven chiefs of Orchha.

The childhood fantasy of travelling back in time comes alive with a visit to this place as the original grandeur of majestic palaces and temples have been preserved till date. Orchha blends with every aspect of history, being the site of Lord Ram and also the stronghold of the imperial Mughals.

Winter is the best season to visit Orchha, lasting from December till February. The climate is pleasant and cool and considered best for kayaking and sightseeing. Summers in Orchha are hot and exhausting while the monsoons rejuvenate the greenery of this place.

How To Reach Orchha

Located in the Niwari district of Madhya Pradesh, Orchha is well-connected to major cities and towns of India.

By air: The nearest domestic airhead is Gwalior. It is at a distance of 130 km from Orchha. One can easily commute to the place via state buses and private transport.

By road: From Jhansi, you can easily avail private taxis at a nominal fare to reach Orchha.

Places Of Attraction In Orchha

Situated on an island on the Betwa River, the splendid fort is home to some famous temples and palaces. Encapsulating history in its purest form, the Raj Mahal, Jahangir Mahal and the infamous Rai Praveen Mahal are three architectural marvels that stand frozen in time.

The multi-storeyed Jahangir Mahal offers a spectacular view from its balconies and is counted as one of the best places to travel in Orchha. The Rai Praveen Mahal dominates the supremacy of architecture and tells the story of its glorious past in its ruins.

The best thing about visiting these palaces is the very fact that Orchha has seen very less ferocious battles in history despite being the seat of Bundela kings. This has preserved history in its original form and has been left undisturbed by the trends of modernity.

The history of the temple is not easily found in the Puranas and Vedas. It is an interesting temple with marked archaeological features that dominate the Hindu way of temple making and gathers influence from both Dravida and Nagara architecture.

The Ram Raja temple is the only place where Lord Rama is worshipped as both god and the king of the place. If you have time, do sit on the banks of the river and hear the famous folklore as told by the locals and tour guides. Devotees flock the temple during major festivals and thus the trip to the temple should be planned beforehand.

1. Kayaking in the Betwa River

Kayaking is a popular water sports adventure that Betwa offers. The monument of 14 Chattris stands tall with its silvery reflection in the water and looks majestic while floating of a kayak in the middle of the river. The river also takes kayakers to the nearby Orchha natural reserve which gives adventure enthusiasts a closer look of the wild and exotic bird species whose habitat lies inside the reserve.

The grade 1 and 2 kayaking rapids can be selected by a number of service providers. The entire kayaking experience is enhanced by the historic monuments and forests along the banks of the river.

The first thing to do in Orchha would be perhaps to go on a thrilling ride along the rapids of the Betwa River. The river offers an adventurous trail of turbulent flows and sudden turns before eloping into the Yamuna River. The intense energy of the Betwa River will make the rafting experience unforgettable. The grade 1 and grade 2 rapids would bring out the adventurer in you.

Comments
Read more about: orchha madhya pradesh
Other articles published on Jun 4, 2019
We use cookies to ensure that we give you the best experience on our website. This includes cookies from third party social media websites and ad networks. Such third party cookies may track your use on Nativeplanet sites for better rendering. Our partners use cookies to ensure we show you advertising that is relevant to you. If you continue without changing your settings, we'll assume that you are happy to receive all cookies on Nativeplanet website. However, you can change your cookie settings at any time. Learn more
Change Settings Continue