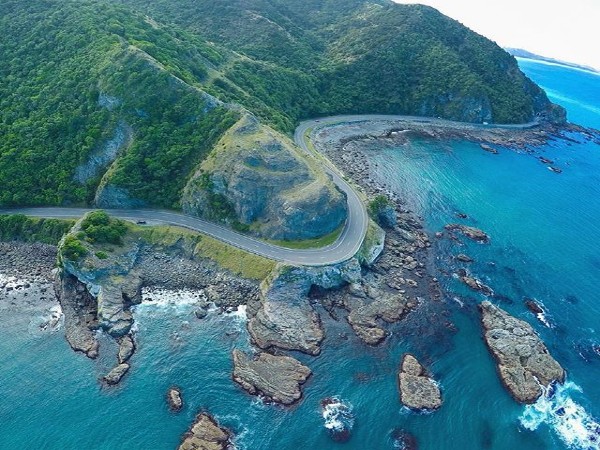 The first stretch up the East Coast ends at the vibrant Northland centre of Whangarei, with its wealth of activities and strong cultural aspect. Then it's on to the famous Bay of Islands area, where hundreds of coves, beaches and islands are just waiting to be found.

This is also the place to explore New Zealand's Heritage, especially at Waitangi (where a treaty with the Maoris was signed in 1840) and Russell, a former whaling port once known as the 'Hell Hole of the South Pacific and one of the first European settlements in New Zealand. Don't expect flames - happily, it's now a charming waterside village full of historic sites. Another mandatory stop is at the seaside settlement of Paihia, known as the 'Jewel of the Bay of Islands.

After crossing over the northern tip with its dense subtropical forests, the next stop is Kaitaia, the gateway to the far north. From here. It's possible to take a side trip along Minety Mile Beach or go up to the tip of New Zealand at Cape Reinga.

But the Highway heads south to the beautiful harbour at Hokianga and thence down the Kauri Coast - once heavily forested before being logged out it is now rolling pastureland. After the little farming town of Dargaville, on the north shore of Kaipara Harbour, the Highway crosses back to Wellsford on the east coast route south of Whangarei.

The best mode of transport:

Any time of year

The Stone Store in Kerikeri is the oldest European building in New Zealand, dating back to 1836.