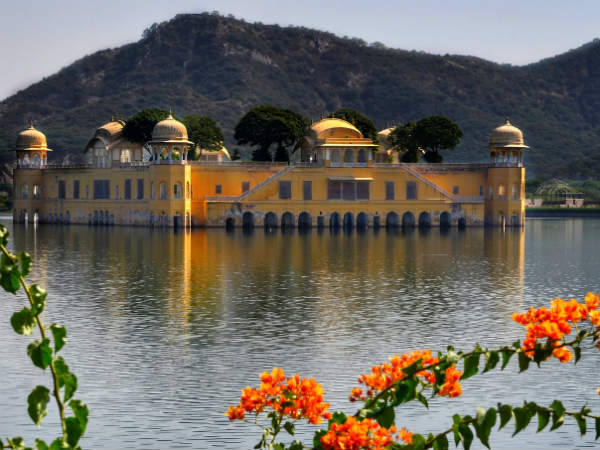 Located in the heart of India, Gwalior is one of the most-visited cities in Madhya Pradesh. From lakes to wildlife centuries and gardens to ancient temples, Gwalior hosts innumerable places of interest, which are certainly capable of surprising its visitors.

So, if you are a traveller and are looking forward to exploring beyond the boundaries of Gwalior, then here are a few of the must-visit weekend getaways from Gwalior. Read on to know more about these getaways and their distances from Gwalior.

Also known as the City of Taj, Agra is one of the most-visited tourist spots in India and is located in Uttar Pradesh, where people from all over the world come to witness the glory of one of the seven wonders of the world, Taj Mahal. Besides Taj Mahal, there are various other places of historical significance within the boundaries of Agra, such as Red Fort, Akbar's Tomb, Mehtab Bagh, Chini Ka Rauza and Moti Masjid.

It is definitely a must-visit place for all the history lovers and for everyone who would like to witness the greatness of Shah Jahan's love for his wife, Mumtaz. You can also savour the taste of Agra petha, a local sweet dish, which is popular across the globe.

Bharatpur is one of the unexplored and least-populous towns in the state of Rajasthan. Ranging from ancient marvels, such as Lohagarh Fort, Laxman ji Mandir, Ganga Mandir, Government Museum and Moti Mahal, to natural glory, such as Keoladeo National Park, there is a lot to enjoy at Bharatpur.

So, if you are looking forward to spending some memorable time with your friends and loved ones, Bharatpur is a definite weekend getaway for you should be this season. On one hand, you can learn in detail about its proud history and on another hand, you can witness the best of natural beauties.

Also known as Pink City, Jaipur is one of the largest and most-important cities in the state of Rajasthan. Filled with monumental palaces and historic buildings, such as Amer Fort, Hawa Mahal, City Palace and Jantar Mantar, Jaipur forms a part of Golden Triangle tourist circuit and hence, it remains the busiest place in Rajasthan throughout the year. Jaipur is a must-visit destination for everyone who loves history, ancient art and architecture and wishes to be stunned by the majestic valour of great ancient places.

Jhansi is one of the most-important historical cities and lies in the Bundelkhand region on the banks of Phaju river in Uttar Pradesh. The city reflects valour and greatness of one of the most important women in the history of India, Rani Lakshmibai, also known as Jhansi ki Rani. Jhansi ki Rani was one of the braverst rulers and freedom fighters during the British era who chose to sacrifice her life for the country and the people rather than bow down and surrender to the opponent.

The most-important places that one must visit while in Jhani are Jhansi Fort, Government Museum and Rani Mahal and Karguanji Jain Temple. Jhansi is truly a place filled with inspiration which teaches us never to give up even in the toughest of situations.

Being the birthplace of Lord Krishna, Mathura is one of the holiest places for Hindus and is also referred to as Shri Krishna Janmabhoomi. This ancient city is dotted with historical monuments and temples, such as Keshav Dev Temple, Dwarkadhish Temple, Vishram Ghat, Krishna Balaram Mandir, Mathura Museum, Prem Mandir, Kusum Sarovar and many more. Nestled in the state of Uttar Pradesh, it is a perfect weekend getaway from Gwalior into the arms of divinity and composure.

Comments
Read more about: india travel tourism gwalior agra jaipur jhansi bharatpur
Other articles published on May 29, 2018
We use cookies to ensure that we give you the best experience on our website. This includes cookies from third party social media websites and ad networks. Such third party cookies may track your use on Nativeplanet sites for better rendering. Our partners use cookies to ensure we show you advertising that is relevant to you. If you continue without changing your settings, we'll assume that you are happy to receive all cookies on Nativeplanet website. However, you can change your cookie settings at any time. Learn more
Change Settings Continue