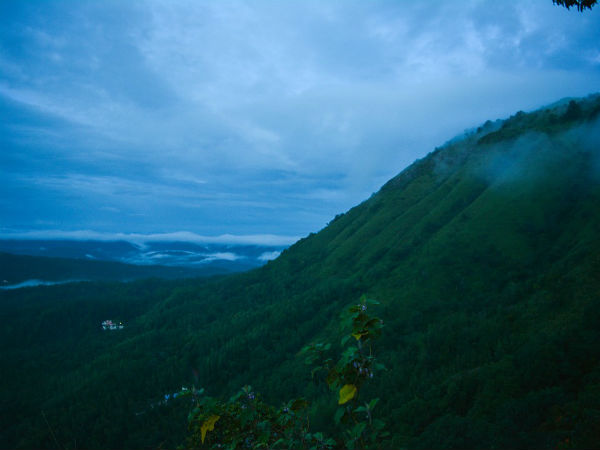 Chikmagalur is an exciting as well as treasured hill station in the state of Karnataka which puts forth the best of nature along with a pleasing environment, which lets its every visitor escape from the hustle and bustle of a city life. The place is home to a large number of hills along with plenty of waterfalls which flow down at regular intervals.

The tiny town holds a very important place when it comes to trekking as well as sightseeing, as it is blessed by the majestic Western Ghats. The undisputed greenery has a large number of attractions which add on further to the beauty of the place making it an enjoyable stay. With its multiple hills at great altitudes, it gives you the opportunity to enjoy beautiful views of the surroundings.

The places here are well known amongst solo and group travellers from across the globe, who come here to enjoy the beauty of nature and the multiple adventure sports. Check this list out and find your favourite place here!

Also known as Chandra Drona Parvatha, Datta Peeta, the mountain gets its name from a Muslim saint Baba Budan and is home to several high mountain peaks. The Baba Budangiri ranges is very prominent in the town and is a picturesque location with quite a number of rich attractions to capture.

The mountain ranges is the abode of three caves in which religious oracles, or commonly known as Siddhas, are buried. With a perfect combination of scenic beauty and interesting caves, these mountain ranges are undoubtedly one of the best attractions of the place.

Mullayanagiri is considered as the highest peak in the state of Karnataka which measure up to 2000 m in height. The peak is the highest between the Himalayas and the Nilgiris. Atop the peak one would find a small shrine dedicated to Lord Shiva which attracts a large number of devotees apart from trekking enthusiasts.

The peak calls you repeatedly to scale its great height along with its exotic flora, a slice of adventure and breathtaking views.

Cascading from a height of 168 m, the falls are divided in two-Dodda Hebbe and Chikka Hebbe. The waterfall varies in height at the two falls which is surrounded by dense forests, rich flora and wrapped up in hills which wrap the region apart from the dense forests.

A unique feature of this falls is that the water cascading is infused with herbs which are known for their medicinal properties; hence, taking a dip in its clear waters would give you an experience to cherish for a lifetime.

Also known as Sri Krishnarajendra Hill Station, Kemmangundi was a place which was a summer retreat to the royals of the Wodeyar dynasty. Krishnaraja Wodeyar IV, was the first to make his presence felt during summers and he was stunned by backdrop of the Baba Budan hills and its environment which made him develop the place.

With the passage of time, the hill station came to the hands of the Karnataka State Government which now takes care of the hilly retreat with utmost care. The rose garden here is a must visit and walking across the valleys would help you get closer to nature.

Also known as the Muthodi Wildlife Sanctuary, the Bhadra Wildlife Sanctuary is well known for its wildlife safari. One would come across tigers in their natural habitat which has been declared as a protected area and is considered part of Project Tiger. This wildlife sanctuary is home to a large number of wild animals and birds along with a rich variety of flora which is worth watching.

Comments
Read more about: travel india nature karnataka chikmagalur hill stations trekking
Other articles published on Oct 10, 2017
We use cookies to ensure that we give you the best experience on our website. This includes cookies from third party social media websites and ad networks. Such third party cookies may track your use on Nativeplanet sites for better rendering. Our partners use cookies to ensure we show you advertising that is relevant to you. If you continue without changing your settings, we'll assume that you are happy to receive all cookies on Nativeplanet website. However, you can change your cookie settings at any time. Learn more
Change Settings Continue