Must-see Places In The Temple Town Of Rameshwaram 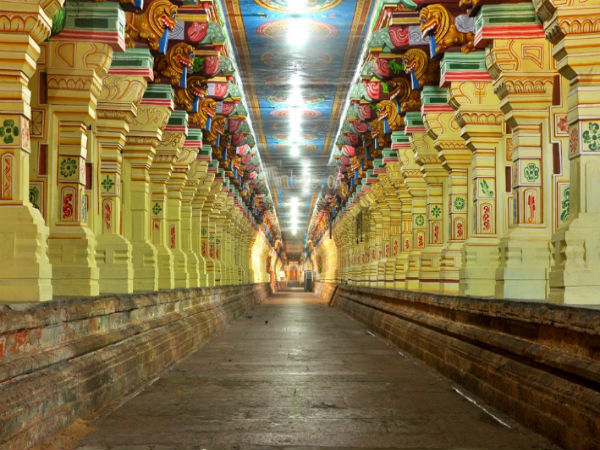 Rameshwaram has been one of the most visited places in the country, both by tourist as well pilgrims. It is a place which has a very close association with the epic Ramayana and lies at a very close proximity to the island country of Sri Lanka. It is said that this is the place from where Rama built a bridge across the mighty Indian Ocean to reach Sri Lanka to bring back Sita Devi from the ten-headed king, Ravana.

A relatively small town, it is also the home town of the Late APJ Abdul Kalam, who was fondly called the people's president. The place has a number of temples, along with clean beaches, sacred ponds, a ghost town and many interesting places; yet has a very less crowd which is the highlight of the place; it is a must-visit which needs to be added in one's travel bucket list.

Dedicated to Lord Shiva, the temple is home to one of the 12 Jyotirlingas and is one amongst the Charm Dham shrines as prescribed by Adi Shankaracharya. One can find two Shivalingams in the sanctum, one is believed to be sculpted by Sita Devi out of sand which is the main deity who goes by the name of Ramalingam. The second one is called Vishwalingam, which was brought by Hanuman.

The temple is well known for its towering gopurams and lengthy corridors which are believed to be the longest ones in the world and is also home to 22 tanks which are considered to be holy.

Pamban Bridge is a railway bridge which connects the town of Rameswaram to the mainland. It was the longest sea bridge in the country, until the Bandra-Worli Sea Link was opened in the year 2010. The rail bridge is a normal bridge which rests on concrete, but has a double-leaf bascule section midway, which raises to let ships and barges pass through. Until 1988, the Pamban Bridge was the only transport that connected the island to the mainland.

As the name suggests, it is the home of the late President of India Dr. APJ Abdul Kalam. His home has been converted into a museum which houses many of his awards which include the Padma Awards and the Bharat Ratna. One would get a deeper understanding of his life while visiting this museum, which is located in a small lane in the town of Rameshwaram.

The Kothandarama Swamy Temple is located on the way to Dhanushkodi; it is said that this place is where Ravana's brother Vibhishana surrendered himself to Rama and is also the place where he made Vibhishana the king of Lanka after the demise of Ravana. The temple houses the idols of Rama, Sita and Lakshmana along with Vibhishana.

Agni Teertham is one of the 64 holy tanks in the area which is located close to the Ramanathaswamy Temple and is one of the most-visited ones. Large number of people come here to offer prayers to the souls of the departed; taking a dip in the waters here is considered as holy by Hindus. Visiting the place on a full moon day is considered as very auspicious. Unlike other tanks the Agni Teertham is a mighty ocean in itself.