Monsoon Destinations Around Mangalore: Enjoy The Actual Beauty Of The Rains 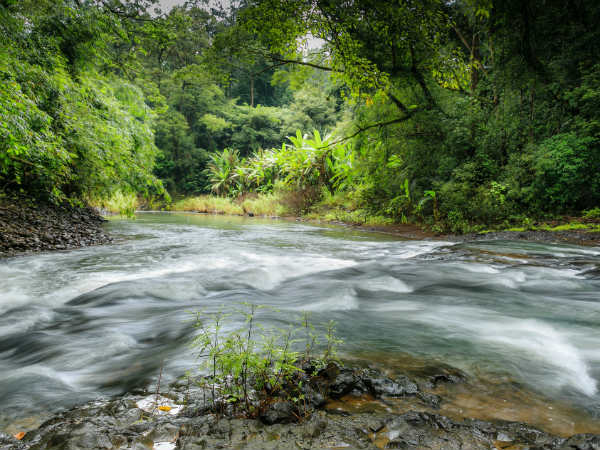 Karnataka is one of the highest rainfall-receiving states in India and hence, there are a lot of monsoon destinations within its boundaries. One of them is Mangalore. Located in the western coastal region, this beautiful city is home to the best of natural marvels and is surrounded by several other monsoon destinations. After all, Karnataka is the land of hill stations and forests.

So, if you are done exploring the corners of Mangalore and are looking for weekend getaways where you can enjoy the actual beauty of rains, then following are the places which you must consider adding to your bucket list this monsoon. From rainforests to hills and waterfall regions to meadows, this list includes each and every type of natural beauty which turns into a paradise with the commencement of the rainy season. Read on to know more about these monsoon destinations around Mangalore.

Undoubtedly, Agumbe needs to be added to this list, considering the fact that it is one of the heavy rainfall-receiving regions not only in Karnataka but also in the entire country. Hence, it also sometimes referred to as the Cherrapunji of the South. Located in the Shimoga district, Agumbe is famous amongst tourists for its thick rainforests, beautiful waterfalls, relaxing streams and mesmerising viewpoints.

Nobody would want to miss out on such an amazing beauty where one can easily feel the beauty of rain as it starts drizzling amidst its lush greenery. Apart from its forests and diverse wildlife, the major places in the region of this rain city include Barkana Falls, Agumbe Temple and Sirimane Falls.

Unknown to many, this unexplored beauty seems like a small paradise on the sprawling lands of Karnataka. Blessed with the green carpets of nature and characterised by a convincing weather, Mandalpatti is a perfect monsoon stoppage around Mangalore for every traveller who always looks forward to visiting uncrowded and stainless destinations.

As it is popular only amongst a few offbeat travellers, you can enjoy its beauty to the fullest, especially when its meadows are covered with tiny droplets and the atmosphere is blessed with a foggy weather. The presence of trekking trails and camping sites makes it a must-visit destination around Mangalore.

Famous as a trekking destination, Kodachadri is much more than just a paradise for trekkers and campers. Flourishing in the Western Ghats and spread across a few districts of Karnataka, the region of Kodachadri can also serve picnickers, photographers, hikers and seasonal tourists on account of the presence of several natural as well as historical beauties in the form of waterfalls, hills, grasslands, forests, streams, forts and temples.

During the monsoon season, Kodachadri Hills get blessed with the best of lush greenery, thereby, making the entire region look like heaven on earth. The prominent places here include Mookambika National Park, Nagara Fort, Arasinagundi Falls and Iron Pillar. So, what do you think of planning a tour of this picturesque destination this monsoon?

Another beauty that blooms during the monsoon season, Sakleshpur is a quaint hill station in the Hassan district and is famous for its coffee plantations. Due to its location in the hills of the Western Ghats, it is surrounded by thick forests and lush green vegetation. Hence, it has also become popular amongst trekkers and campers.

However, during the monsoon season, it becomes a perfect weekend getaway for photographers who come here to capture the unseen magnificence of Sakleshpur when tiny droplets of rain adorn its tender vegetation. Have you ever been to Sakleshpur before? If not, then plan a trip to this wondrous expanse of nature this monsoon and witness its grandeur.

The list of monsoon destinations is never complete without adding Chikmagalur, as it is one of the richest parts of the Western Ghats. Hence, you can find innumerable reasons to visit this heavenly beauty. The major thing which distinguishes it from other monsoon destinations is that you can also spot a lot of historical and religious sites within its boundaries.

If you think you cannot find such a perfect mix of history, nature and spirituality, then you must plan a trip to Chikmagalur. The major reason why one should visit here during the monsoon season lies in the beauty of its greenery which gets to its summit during this season. So, what do you think of Chikmagalur now?

Comments
Read more about: india travel tourism monsoon mangalore agumbe hills valleys waterfalls sakleshpur kudremukh
Other articles published on Jul 5, 2018
We use cookies to ensure that we give you the best experience on our website. This includes cookies from third party social media websites and ad networks. Such third party cookies may track your use on Nativeplanet sites for better rendering. Our partners use cookies to ensure we show you advertising that is relevant to you. If you continue without changing your settings, we'll assume that you are happy to receive all cookies on Nativeplanet website. However, you can change your cookie settings at any time. Learn more
Change Settings Continue