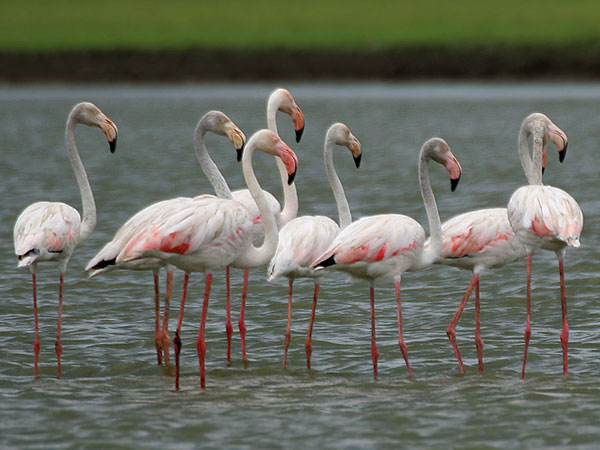 Three cheers for the municipal town of Medak in the state of Telangana. It is some 100 km away from Hyderabad and just 66 km from Sangareddy. Sangareddy is the administrative capital as is said. Medak is deemed to be one of the most amazing places to visit near Hyderabad. It shall surprise you that Medak has always played a significant role in the history of Telangana, especially when the Kakatiyas were ruling the Telugu land.

When it came to being controlled by whom, numerous dynasties waved the wand of dictatorship over it like Western Chalukyas, Cholas, Kakatiyas, Velama and Reddy dynasties, before Qutb Shahis and Nizams established full rule over it. Guess the original name of Medak? Siddapuram. It went through an array of names such as Gulshanabad and Methukuseema but was finalized at Medak.

Now you must be wondering about the tourist places of attraction? It includes the Medak Fort, Medak Cathedral which is the largest church in Asia, then we have the Wargal Saraswati Temple, Singur Dam, Edupalya Temple, Nelakondapalli etc. Reaching Medak shall only take some two hours from Hyderabad and it is well connected via road as well as via railways with Wadiaram, which is just 26 km away.

How To Reach Medak:

By Air: The closest airport to Medak has to be Hyderabad. It is some 100 km from the town of Medak. You can easily avail a taxi from Hyderabad airport till Medak. You shall be charged around 1500-2000 INR.

You can easily catch buses from Hyderabad to the town of Medak, but you have to traverse the trail from the airport till the bus stop.

By Rail: You shall not find a definite train station in the town of Medak. The one within closest proximity is in the town of Kamareddy (some 60 km away). The railway station present here is connected with important places of Andhra Pradesh like Hyderabad, Vizag, Karimnagar, and Secunderabad.

You can spot buses easily which shall happily transport you from Kamareddy railway station to Medak.

By Road: Deluxe and Volvo buses are also available in Hyderabad and Vizag, though they can be a little costly.

There are buses that run from the states of Maharashtra and Karnataka as well that do a good job of carrying tourists upto the town of Medak. When it comes to the state government, buses can be availed from all important towns and cities upto Medak.

If we talk about the rainy season in Medak, it is harsh. When it comes to the dry season, it is hot as an oven on all days. Let's see the temperature: there is a variation from 61°F to 103°F but rarely it goes down below 54°F or skyrockets to more than 109°F.

There is a beach or pool score which is also taken into consideration and according to it, the most ideal time to go to Medak are the months of February, September, October, November and December.

Tourist Places Of Attraction In Medak:

Does it intrigue you to know who built the Medak Fort? It was constructed by the Kakatiya emperor, Pratapa Rudra in the 12th century. And how was it addressed in the earlier times? As Methukudurgam. You shall spot three major entrances which are decorated with numerous sculptures as well as you can witness an amalgamation of both the Hindu and Islamic architectural styles touched upon here. It is positioned on a hillock and you cannot miss the very presence of a long canon of about 3.2 m which was made by the Qutb Shahi rulers and they also have to their credit, the existence of a mosque.

If we talk about the location, the Singur Dam is 92 km from Hyderabad, 37 km from Sangareddy and only 63 km from Medak. The scenic tourist destination is present in Telangana and is built across the river Manjeera. The main purpose of the dam is allowing the provision of drinking water to Hyderabad and Secunderabad. Singur dam started coming into prominence from the year 1979 and it was completely built in 1989. The reservoir was given the responsibility of taking care of hydro-electricity and flaunts a storage capacity of 30 Tmc.

In the border of Hyderabad, this tourist destination is quite popular. The river water of the reservoir houses numerous crocodiles. It is clearly a boon for the waterbird population as well as it serves as a national wildlife reserve for them. You can avail boat rides at the reservoir too and rejuvenate your soul. Bird lovers shall be allured here with a great interest in the months between October to February. This is because migratory birds fly down during this time and make Manjeera reservoir their comforting abode!

This lake is cradled close to the Pocharam Lake which sprawls across an area of 130 sq. km. It houses a large variety of flora and fauna like the Brahminy duck, bar-headed goose, painted stork and many others. It shall definitely enhance your bird spotting skills. How about catching a glimpse of animals like the leopard, forest cat, sloth bear, leopard, Nilgai, wild dog, jackal, wolf and the Sambar.

Make plans only in the month of November and January so that you can witness this place totally lighted up with happiness. You can also delve into the wilderness and make a trip to the Narsapur Forest and the Manjira Wildlife Sanctuary which covers an area of 30 and 20 km respectively.

Its location is only 52 km from Hyderabad, 61 km from Siddipet and 80 km from Medak. You can visit the auspicious Wargal Saraswati temple glowing on a hillock at Wargal village in the Medak district of Telangana. This is the most popular temple after Basara. It is also marked as one of the most famous pilgrimage sites in close proximity of Medak and Hyderabad.

Its alternative name is Sri Vidya Saraswati Temple and it was constructed by Sri Yamavaram Chandrashekhara Sharma. The foundation for both the idols of Goddess Sri Vidya Saraswathi Devi as well as Lord Shani was smartly laid by Sri Vidya Nrusinha Bharati Swami in the year 1992 and was properly kept by Kanchi Mutt. This temple devoted to Goddess Saraswati Devi is made totally glamorous with plenty of jewels and garlands and dolled up in a traditional attire called saree. The statue is 10 ft high which is a splendid piece of architecture and quite praiseworthy.

What could be more interesting than visiting an archaeological museum to dig into the history of a place? You can hop into this place via Kondapur town of Medak with a gorgeous collection of antiquities from the mid-20th century which is collected from the excavation sites at a particular Kondapur village and mostly a part of the Satavahana dynasty. It has been happening since 1952 that this particular museum has been under the strict management of the Archaeological Survey of India(ASI).

All of this is proof that Medak is dipped into the paint of cultural and historical significance and shall fill the lives of all the budding travellers with enthusiasm.

Heard about the single largest diocese in Asia? It is the Diocese of Medak, which is looked after by the Bishop for the Church of South India. Our Medak Cathedral serves as the seat of the beloved Bishop and you cannot deny the fact that the church looks gorgeous with its Gothic style architecture and a 175 ft. high bell tower. The most amazing fact about the cathedral is that it possesses stained glasses which shall present to you the exemplary occurrings in the life of Christ - the Nativity, the Crucifixion and the Ascension.

So pack you bags for Medak and get going!