Lucknow To Nainital – To The Beauty Set Amid Heaven 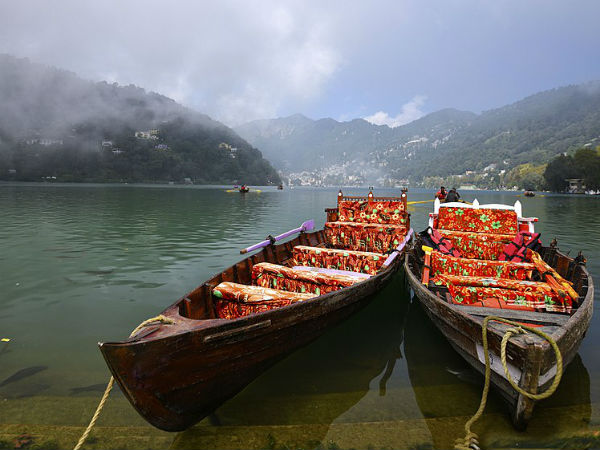 If you are looking for a weekend getaway from Lucknow where you can enjoy the serenity of nature, then it is advisable to plan a tour of the popular Nainital. Over a period of time, Nainital has become such a famous destination that it is frequented by tourists from all over the country. After all, from snow-clad mountains to rich forests, lakes to temples and valleys to lush green hills, you can savour everything within its boundaries. Located in the Kumaon region of the outer Himalayas and resembling the setting of a paradise, Nainital is a beauty which cannot be defined in words. Hence, it wouldn't be wrong to say that it is the quintessential destination for nature lovers and ardent travellers. Well, let's move ahead and learn more about Nainital and how to reach it from Lucknow.

Being a hill station in the Himalayas, Nainital experiences a wonderful climate throughout the year. However, if you would love to enjoy the best of Nainital when its natural beauty is at its summit, then the best time to visit it is from September until the end of March. This is the period when you can also savour snowfall in Nainital.

How To Reach Nainital From Lucknow

By Air: The nearest major airport to Nainital is located in Delhi at a distance of about 310 km. Hence, it wouldn't be wise to take a flight from Lucknow to Delhi and then from there, a bus to Nainital as the distance between Nainital and Lucknow is 390 km. Therefore, it is better to use public transport to reach Nainital from Lucknow.

By Rail: Lucknow is well connected to all other cities and towns by rail. As Nainital doesn't have a railway station of its own, you need to catch a train to Kathgodam from Lucknow and then from there, a bus or a cab to Nainital. The distance between Kathgodam and Nainital is 35 km.

By Road: Being a popular tourist destination, Nainital has a commendable road connectivity and is easily accessible by road.

As route 1 is more comfortable and interesting, it is the preferred route for most of the tourists looking forward to reaching Nainital from Lucknow. Through route 1, you can reach your destination within 9 h.

Bareilly is located at a distance of about 248 km from Lucknow and 141 km from Nainital and is a significant city in Uttar Pradesh. Today, it is one of the major trade and political centres in the state. However, it is still popular amongst tourists for its age-old history.

As per the epic Mahabharata, Bareilly was the part of the ancient Panchala kingdom, and hence it is said to be the birthplace of Draupadi. Located in the vicinity of Bareilly, Ahichchhatra is a place of great historical significance and is said to be visited by Lord Buddha. You can still find several ancient monuments here.

Another destination on your way to Nainital which deserves to be explored is certainly Haldwani. It is located at a distance of about 40 km from Nainital and 349 km from Lucknow and is home to several beautiful hills, misty mountains and rich vegetation.

Therefore, if you are a nature lover, you cannot afford to miss visiting this natural expanse. It is settled peacefully on the banks of the Gaula river and is also considered as a site of great historical importance. As per records, the region was ruled by several dynasties in the past, including the Chands and the Mughals.

Once you are within the boundaries of Nainital after covering a distance of about 390 km, following are the places which you must visit to savour the best of Uttarakhand. The list includes natural as well as religious sites. After all, Nainital is one of the few hill stations in North India which are equally popular for their religious prominence. Read on to know more about these charming tourist attractions.

The natural gem of Nainital and one of the most recognised attractions in Uttarakhand, Nainital Lake is a freshwater body and is a perfect spot to get lost in the beauty of nature. It is one place which will certainly help soothe your nerves. Don't you think paddling through the relaxing waters of the lake and gazing at the surrounding mountains will give an everlasting experience?

Did you know that Nainital is a site of great religious significance also? If not, then let us tell you that Nainital is believed to be the place where an eye of Goddess Sati fell after her corpse was cut into numerous parts by Lord Vishnu. Therefore, it is considered as one of the 51 Shakti Peethas in India. Naina Devi Temple is dedicated to her and is a wonderful place where you can actually feel the essence of calmness.

Would you love to capture the panoramic beauty of Nainital? If yes, then the mountaintop locale of Tiffin Top is a stoppage for you. It is also a popular picnic spot and is visited by thousands of tourists every year.

Located at an elevation of about 8500 ft, Naina Peak is a heaven for trekkers and hikers. If you are an adventure seeker, then Naina Peak should be on the top of your bucket list while in and around Nainital.

If you think Nainital has only the above-mentioned places to explore, then you are certainly wrong. In fact, it is one of the few hill stations in the country which are blessed with hundreds of tourists spots. The other significant places here which might interest you include Gurney House, Mall Road, Nainital Zoo, Ghorakhal, Eco Cave Gardens, Bhimtal Lake, Raj Bhawan and Devasthal Observatory.