Listen To The Legends Of Chintala Venkataramana Temple In Andhra Pradesh 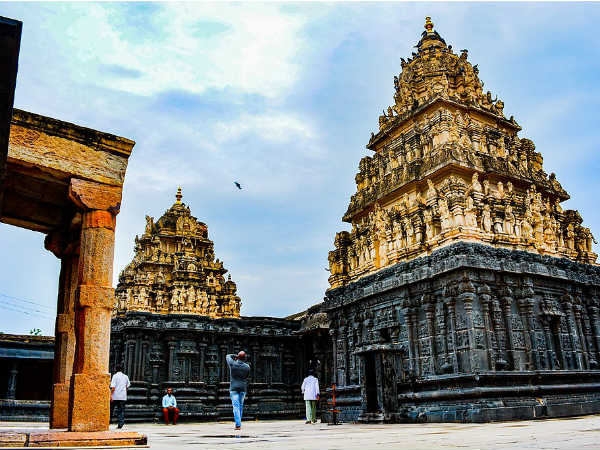 Andhra Pradesh has been one of the most prominent places in India since its formation, due to the presence of innumerable historic buildings and ancient temples, ranging from the prehistoric era to the latest century. There are ample spots in this beautiful state, which can certainly take you back in time through their historical significance and interesting legends.

Chintala Venkataramana Temple is one such stoppage in Andhra Pradesh at Tadipatri in the Anantapur district, which is an ancient marvel of the Medieval Period of India. There are several interesting legends related to its formation and survival. Scroll down to know in detail about this charming temple and how to reach it.

Best Time To Visit This Temple

The region around Chintala Venkataramana Temple experiences an extreme type of climate and hence, the temperature remains above the mean level during the summer season. However, if you love exploring the history of any place irrespective of weather, time and conditions, then this marvellous temple is a year-round destination for you. If you are looking to visit it as a tourist, then the best time is from October until the end of March.

Spread over an area of 5 acres, Chintala Venkataramana Temple is dedicated to Lord Venkateswara, a form of Lord Vishnu, and is believed to have been constructed during the 16th century. It was built on the orders of Timma Naidu, the son of the chieftain of the Vijayanagar Empire. There are several stories related to the formation of this beautiful temple.

As per the famous legend, it is said that once a huge noise burst out from a tamarind tree and when the villagers gathered to find out about the source of the noise, they found an idol of Lord Vishnu, which had erupted from the tamarind tree. Later that day, Lord Vishnu appeared in the dreams of Timma Naidu, the ruler of that region, and instructed him to build a temple by placing the idol found inside the tamarind tree.

Therefore, the temple got named after the tamarind tree, as chintha means tamarind. Today, it is visited by thousands of Hindu devotees every year. Being located on the bank of Penna river, the surroundings of the temple are quite soulful. The major festivals celebrated here include the annual Brahmotsavam.

Built in Dravidian style, Chintala Venkataramana Temple is one of the architectural wonders in the Anantapur district of Andhra Pradesh and hence, it also attracts several architecture enthusiasts on a regular basis. As the temple is believed to be constructed during the same time as that of Vittala Temple at Hampi, it resembles the structural formation of the Vittala Temple.

The use of intricate patterns and unusual drawings make this temple a must-visit destination for every traveller, especially explorers. With a 10-feet-high idol of the main deity and several carvings depicting the scenes from the epics Ramayana and Mahabharata, Chintala Venkataramana Temple is an extraordinary piece of architecture. You must not ignore this ancient beauty while in and around Anantapur.

Why You Should Visit This Temple

Unless you show zero interest towards the splendours of ancient India, Chintala Venkataramana Temple is your destination. From beautiful architecture to interesting history and alluring surroundings to a charming environment, there is a lot to enjoy here.

You can also visit its nearby temples, such as Bugga Ramalingeswara Swamy Temple. Wouldn't you love to learn a few chapters of the Indian history through this temple? If yes, then you shouldn't visit this temple as a tourist but as a traveller and as an explorer.

How To Reach This Exemplary Temple At Tadipatri

By Air: The nearest airport from this temple is located at Tirupati at a distance of about 240 km. From the airport, you can either take a cab or catch a bus to Chintala Venkataramana Temple at Tadipatri. It will take you approximate time of 4 hours to reach the temple from Tirupati.

By Rail: Tadipatri has its own railway station and hence, you can get several trains from nearby cities and towns. From the station, you can hire a cab to the temple.

By Road: Chintala Venkataramana Temple is easily accessible by road.