Listen To The Folk Tales Of Sanwariyaji Temple In Rajasthan 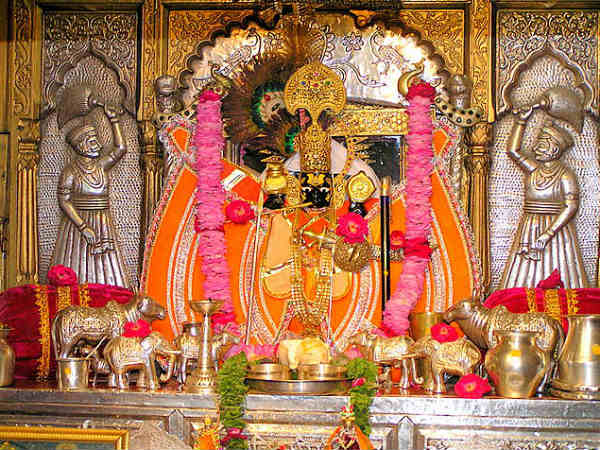 If royalty has to do with some place, then it would certainly be Rajasthan. Famous for its royal palaces and majestic forts, the state of Rajasthan is also known to have a rich culture as well as ancient traditions. Hence, you can find innumerable temples spread all over the state, as temples symbolised the great culture in the past.

Sanwariyaji Temple is one amongst these temples which fall under the category of ancient religious sites built out of dedication and devotion to Hindu gods. There are several interesting legends related to the formation and existence of the temple. Wouldn't you love to listen to all of these wonderful folk tales? If yes, then plan a trip to Sanwariyaji Temple is Rajasthan this season.

Even though the region around Sanwariyaji Temple experiences an extreme type of climate with hot summers, it is still visited by hundreds of Hindu devotees every year. However, if you are looking to escape the summer heat of Rajasthan and witness the beauty of the temple in a comfortable environment, then the best time to visit is from October until the end of March. You can also visit during the festive seasons when the temple is flooded with thousands of Hindu devotees, especially during Krishna Janmashtami.

A Little About Sanwariyaji Temple's Formation And Location

Sanwariyaji Temple is located in a small hamlet named Mandaphia at a distance of about 40 km from the main city of Chittorgarh. Such is the popularity of the temple that the village is usually referred to as Shri Sanwaliya Dham.

It is said to have been constructed during the early 19th century when a milkman saw three godly idols buried under the ground of Bhadsoda village in his dream. When he told the dream to the villagers, they all started digging until they found three beautiful statues of Lord Krishna under the ground. One of them was brought to Madaphia and placed inside a small room. Since then, this site has been a major religious centre.

Today, it is visited by thousands of devotees during the festive seasons. As per another legend, it is also said that the temple was built overnight and the origin of the idol placed inside it is still unknown. Isn't it an interesting stoppage to explore?

Apart from worshipping Lord Krishna and exploring the beauty of Sanwariyaji Temple, you can also explore the surroundings of the temple, which include several natural as well historical places. These places include Chittorgarh Fort, Padmini Palace, Rana Kumbha Temple and Meera Temple. Isn't a trip to Sanwariyaji Temple a wonderful package with numerous ancient marvels?

As per legends, it is believed that anyone visiting this temple can easily get free of their sins and other life problems once they start worshipping the idol of Lord Krishna placed inside the temple. Therefore, it is visited by hundreds of Hindu devotees who come here to get rid of their earthly problems. So, how about planning a tour of this interesting temple and unravelling its mysteries?

How To Reach Sanwariyaji Temple

By Rail: Chittorgarh is well connected to nearby cities and towns by rail and hence, you can catch a train to Chittorgarh Junction and then from there, a taxi to Sanwariyaji Temple.

By Road: Sanwariyaji Temple is situated at a distance of about 40 km from the centre of Chittorgarh and it will take an average time of 1 h to reach it.