Nativeplanet
»
Travel guide
»List of Most Mysterious Places Around The World 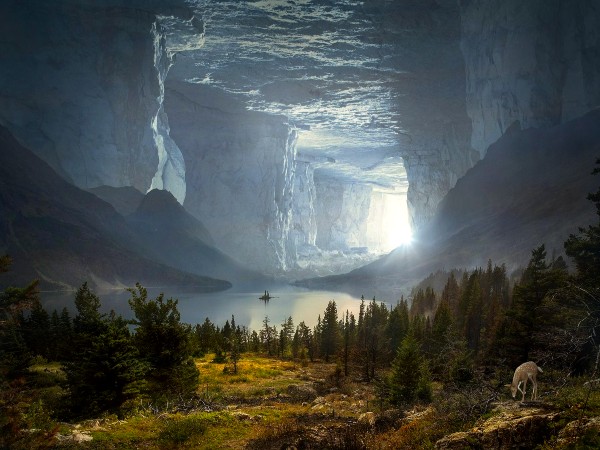 The world is full of mysteries and secrets that have not been discovered yet. These are the places where you will find some of the most mysterious scenes in the world. There are so many mysterious tourist attractions in the world that even the most famous and popular sights can't compare with them.

Such mysterious places keep us connected to the roots of our past. And people become more interested in visiting such places which have many theories about their existence, some of which seem scientifically right and some are based on beliefs.

Here is a list of some of the most mysterious places around the world:

The Bermuda Triangle is home to many ships and planes that mysteriously disappear from radar screens, only to be found later with no signs of distress or injury. It has become one of the most mysterious places on Earth for which there have been numerous official investigations into the matter over the years, none have been able to conclusively prove or disprove any paranormal activities occurring within the region.

The Great Pyramid of Giza, Egypt

2) The Great Pyramid of Giza, Egypt:

The Great Pyramid of Giza is the oldest and largest of the three pyramids in the Giza pyramid complex located on the outskirts of modern Cairo, Egypt. It is the only one of the Seven Wonders of the Ancient World still in existence and the Great Pyramid has been referred to as "the greatest work of architecture and engineering" ever built by human beings. The Great Pyramid was built as a tomb or mortuary for Fourth Dynasty Egyptian pharaoh Khufu. However, it is not known when construction started; various historical documents mention different dates and nobody knows how they created such a masterpiece during the era when no modern tools existed.

Area 51 is a top-secret remote area in Nevada that has long been the subject of rumors and conspiracy theories. The base was first built during World War II as a secret airbase that could be used by the US military to test experimental aircraft. According to some sources, Area 51 is also home to a fleet of alien spaceships that have been captured or otherwise disabled by American forces over the years, which makes it an attractive destination for alien enthusiasts.

Area 51 was first identified by the US Air Force as a top-secret military site. It was said that there were several crash sites from which alien spacecraft were recovered and studied. Area 51 has been the topic of conspiracy theories for many decades now. Some believe it to be an alien base, while others believe it to be a top-secret agency.

The Crooked Forest is a mysterious forest in Poland that seems to have been turned upside down. The trees are growing in the wrong direction, forming an almost perfect circle that got a turn at 90 degrees at their base. The forest was formed by the trees being planted in a very specific order, but after many years some of them have turned their roots back towards the ground and now they grow sideways instead of up or down, which looks like the shape of fishing hooks or you can call it as J-shaped.

Easter Island is an extinct Chilean island in the southeastern Pacific Ocean. It is famous for its mysterious giant stone statues, called moai. These statues were carved into the island's volcanic rock by the Rapa Nui people. The statues were originally intended to honor their ancestors and gods, but over time they began to express the islanders' own complex religious beliefs.

The origin of these statues is still unclear, but many theories have been proposed for their creation, including that they were created by aliens who landed on earth thousands of years ago. However, there is no evidence supporting this theory, and some archaeologists believe that these statues were created by humans who lived on the island at some point in history. Easter Island is known for its giant stone statues and monolithic platforms, but what many people don't know is that it's also home to some of the most mysterious places on Earth.