Learn How These Places Are Related To Atal Bihari Vajpayee 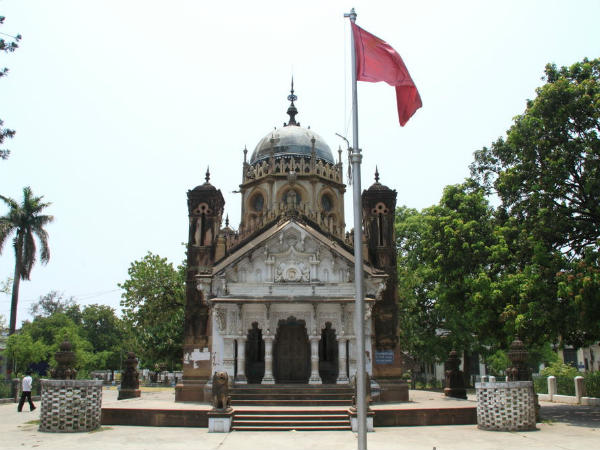 The former prime minister of India and one of the most-loved politicians, Atal Bihari Vajpayee left this world on 16th August and marched towards heaven to lead a blissful life. He was not only popular as a politician but also as a poet who penned down several beautiful lyrics and wrote memorable lines on humanity. Today, the entire country is mourning and has come to a standstill on account of his death. From being a volunteer during the Indian Freedom Movement to being the founder of BJP, Atal Bihari Vajpayee always tried to change the course of the nation, thereby, marking the advent of selfless politics in India.

He was awarded the Bharat Ratna, the highest civilian award of India, in the year 2015. Well, how much do you know about his life? Let's move ahead and learn in detail about the following places which are related to him.

Gwalior can never be out of the discussion when the talk is about Atal Bihari Vajpayee. It is the place where he was born on 25th December in the year 1924. Even though he did not live here for a long period of time, he certainly spent his childhood and pursued his graduate studies within its boundaries.

Today, Gwalior has become one of the largest cities in Madhya Pradesh and is also a popular tourist attraction. From lakes to sanctuaries and forts to temples, there is a lot to witness in this beautiful city which has come a long way since Indian independence.

Another place which is closely related to Atal Bihari Vajpayee is Bateshwar. Let us tell you that Bateshwar was his ancestral village where his grandfather lived for a long period of time. Even though he migrated to Gwalior later on, it still remained his hometown till his death.

Today, Bateshwar is located in the Agra district of Uttar Pradesh and is a highly revered pilgrimage site amongst Jains and Hindus. Therefore, one can find a large number of temples and other spiritual sites within its boundaries.

The village is settled on the banks of Yamuna river and holds a specific place amongst Hindus, as it is also the site where Lord Shiva took rest for a while under a banyan tree, which is still standing strong.

Kanpur has been one of the largest cities in the country since the period of the epic Mahabharata and has equally contributed to the welfare of the nation. Kanpur is the place where Atal Bihar Vajpayee completed his postgraduate studies from DAV College.

The college is located in the vicinity of Green Park Stadium and is still functioning. Today, Kanpur is one of the megacities in Uttar Pradesh and is home to hundreds of tourists attractions.

Did you know Atal Bihari Vajpayee was elected for a Lok Sabha seat for the first time in his life in this place? Yes, it was Balrampur in the year 1957. Balrampur is located on the banks of river Tapti in Uttar Pradesh and is home to several tourist destinations today. From archaeological sites to spiritual places, there is a lot to explore here.

How can Pokhran be forgotten when the discussion is about Atal Bihari Vajpayee? It is the place where India conducted five successful underground nuclear tests under his prime ministership. Located in the Jaisalmer district of Rajasthan in the midst of the Thar Desert, Pokhran is a historical site. However, it has gained popularity as a nuclear weapon testing site over a period of time.

So, these were a few places which were related to the life of Atal Bihari Vajpayee. Most of them have become popular tourist destinations and are frequented by thousands of tourists every year.