Nativeplanet
»
Travel guide
»This Small Hamlet Of Ketti Is Located Near Ooty! Plan A Visit Now

This Small Hamlet Of Ketti Is Located Near Ooty! Plan A Visit Now 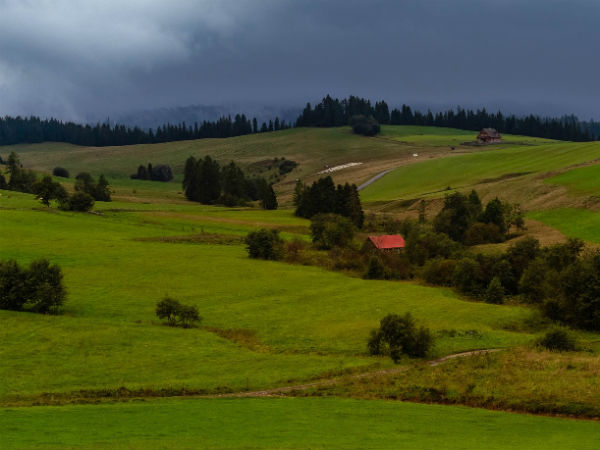 Ooty is a beautiful place and there is no doubt about it. But have you ever tried exploring its outskirts? If not, then let us tell you that the beauty of places on its outskirts is more alluring and striking than that of the main town. These hidden unexplored corners certainly make for mesmerising weekend destinations on account of their uncrowded environment and lush green surroundings. If you do not believe us, then you must plan a trip to Ooty now and visit its nearby town Ketti. This small village is all set to charm you. Scroll down to learn more about Ketti, its attractions and how to reach it.

Being a village located amid hills and forests, Ketti maintains a favourable climate throughout the year, and hence it can be frequented anytime in a year. However, the best time, when the climate is optimum and the weather is pleasant, to explore its beauty is from August until the end of March.

The Location And Surroundings Of Ketti

Ketti is a small settlement in the Nilgiris district of Tamil Nadu and is located at a distance of about 10 km from Ooty. Even though it is situated in the vicinity of Ooty, one of the most popular hill stations in the country, it is well known only amongst a few tourists and offbeat travellers. It is mainly popular for its industries, such as Pony Needles, Ambica Tea Factory and Mushroom Factory.

However, unknown to many, it houses some of the most beautiful places in the state. Being nestled wonderfully in the midst of a lush green valley, it provides its visitors with the panoramic beauty of luxuriant hills and thick vegetation. As it is an uncrowded and uncommercialised spot, it harbours an unpolluted atmosphere with a cool breeze.

Things To Do While In Ketti

There is a lot to do while in Ketti. On one hand you can capture the beauty of its beautiful meadows and witness the majesty of the surrounding hills and on the other hand, you can explore the lifestyle and culture of the locals inhabiting the region.

You can also go trekking and camping in the nearby hills and visit the beautiful temples and churches of Ketti. So, don't you think a visit to this hidden hamlet would be a soothing and an everlasting experience?

How To Reach Ketti

By Rail: Mettupalayam railway station is the major railhead to Ketti at a distance of about 48 km. From the station, you can hire a direct cab or a bus to Ketti. You can also board the Nilgiri Mountain Railway from Mettupalayam to reach Ketti.

By Road: Ketti is well connected to Ooty and other nearby cities and towns by road. Hence, you can easily access it by road.