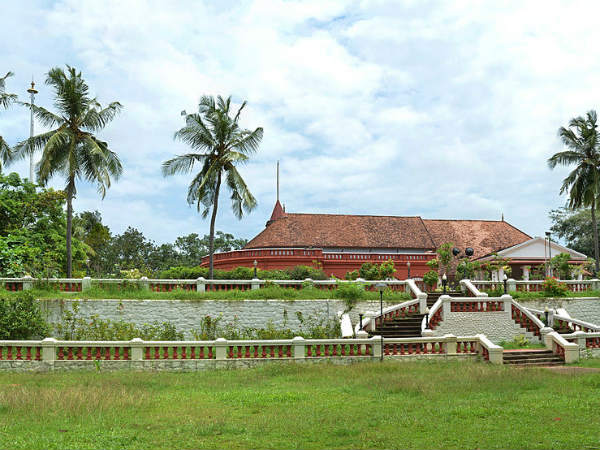 The capital city of Kerala, Trivandrum, also known as Thiruvananthapuram, is one of the most visited cities in Kerala on account of the presence of several historical and natural beauties. From beaches to temples and parks to palaces, you can find everything within the boundaries of Trivandrum that is capable of alluring tourists from all over the world.

One such beauty in this beautiful city is Kanakakunnu Palace, which is visited by thousands of tourists every year. Such is the majesty of this palace that it is also frequented by several foreign tourists. So, how about planning a trip to Trivandrum this season and learning everything about the beauty of Kanakakunnu Palace?

Located in Trivandrum, Kanakakunnu Palace is visited by history lovers and locals throughout the year. Hence, it is a year-round destination. However, if you are looking forward to avoiding the hot sun and the humidity of Trivandrum, then the best time to visit is from October until the end of March, as during this period the humidity level is at a mean level and the weather is cool and pleasant.

The History And Present Of Kanakakunnu Palace

Kanakakunnu Palace is one of the most beautiful and historically important palaces in Kerala and is located in the heart of the city, due to which it is easily accessible. It is said to have been built during the rule of Sri Moolam Thirunal, who was the then king of the Trivandrum region, in the 19th century. Since then, it has been a major centre of attraction for local tourists and history lovers.

Kanakakunnu Palace was constructed to serve as a guest house. Today, it is under the control of the tourism department of Kerala and is used as a site to host several cultural programmes including competitions and exhibitions. So, how about getting yourself to this ancient palace which showcases the beautiful artistry that prevailed during the time of Travancore dynasty?

What's So Special About This Beautiful Palace

Kanakakunnu Palace is known for its commendable architecture, which comprises of a red facade, traditional roof patterns and lovely designs. Apart from its architectural beauty, it also boasts of its surrounding green parks, which help in maintaining a natural environment, thereby, attracting hundreds of locals and domestic tourists. Over a period of time, it has become a meeting point for locals who can be seen here enjoying the pleasant atmosphere spread around the palace. You must not miss this elegant beauty if you are in and around the city of Trivandrum.

The major reason why you should plan a trip to Kanakakunnu Palace is not only its beautiful architecture and cultural importance but also its mesmerising surroundings which comprise of several gorgeous tourists spots, ranging from parks to temples and museums to beaches. These nearby tourists attractions include Kovalam Beach, Sri Padmanabhaswamy Temple, East Fort, Napier Museum, Kuthira Malika and Trivandrum Zoo.

How To Reach Kanakakunnu Palace

By Air: Trivandrum is well connected to all other major cities by air and hence, you can catch a direct flight to Trivandrum airport, which is located at a distance of about 7 km from Kanakakunnu Palace. Once you have reached the airport, you can hire a taxi to the palace.

By Rail: You can get a direct train to Trivandrum from other major cities and towns. From the station, Kanakakunnu Palace is located at a distance of around 4 km.

By Road: Located in the major part of the city, Kanakakunnu Palace can be easily approached by road. You can either drive on your own or catch a direct bus to Trivandrum.

Comments
Read more about: india travel tourism palaces kerala museums parks gardens
Other articles published on Jun 13, 2018
We use cookies to ensure that we give you the best experience on our website. This includes cookies from third party social media websites and ad networks. Such third party cookies may track your use on Nativeplanet sites for better rendering. Our partners use cookies to ensure we show you advertising that is relevant to you. If you continue without changing your settings, we'll assume that you are happy to receive all cookies on Nativeplanet website. However, you can change your cookie settings at any time. Learn more
Change Settings Continue