Kalinjar Fort – The Ruined Yet Mesmerising Citadel Of India 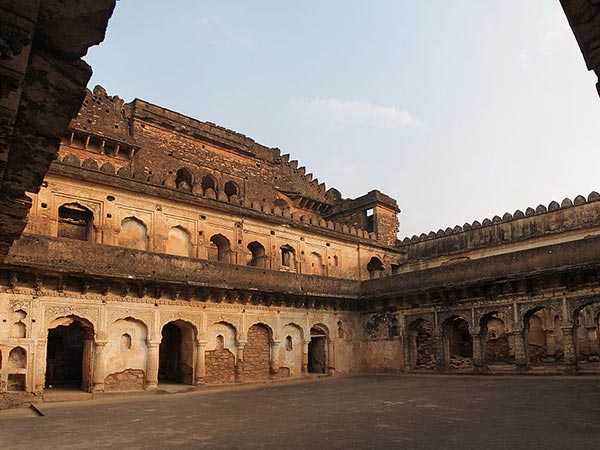 Even though India is known for its rich culture and traditions, it cannot be debunked that India is always incomplete without the presence of its impregnable and toughest forts, which have been showcasing the glorious history and the rigid past of the country.

Kalinjar Fort certainly comes under the category of the toughest and beautiful forts which were a significant part of ancient India. The site of Kalinjar Fort is also considered holy due to some mystic relations. Let's learn more about the beauty and history of Kalinjar Fort.

Being located at the edge of Vindhya Range, surrounded by green vegetation, Kalinjar Fort is certainly a year-round destination. However, during the summer season, the temperature rises above the average level leaving the atmosphere around Kalinjar Fort a little warm. Hence, the best time to visit Kalinjar Fort is from August until the end of April.

A Little Bit Of History About Kalinjar Fort

Located in the Banda district of Uttar Pradesh, Kalinjar Fort was built during the 10th century by the ruling dynasty of the Bundelkhand region at that time. It is located atop a rocky hill in the Vindhya Range at an elevation of 1203 feet and houses several temples and palaces too.

Ruled by the Chandela dynasty, the Solankis and later by the Gupta dynasty, Kalinjar Fort has gone through the tunnels of wars and battles with the forces of Mahmud of Ghazni, Sher Shah Suri and the British. The tough walls and its magnificent surroundings certainly prove the fact.

The region in and around Kalinjar also played a significant role in the uprising of 1857 against the British. Even though the fort is in dilapidated conditions today, it still attracts tourists, travellers and historians from all over the country.

How Kalinjar Fort Is Related To Lord Shiva

As per the legends, it is believed that Lord Shiva, after drinking poison, gained the boon of eternal life, thereby, defeating death. Therefore, you can also find a temple named Neelkanth, which is dedicated to Lord Shiva, inside the fort.

Why You Should Visit Kalinjar Fort

If you love scrutinising the relics of ancient India, then Kalinjar Fort is a must-visit destination for you. The beauty of this marvellous fort lies in its structural formation and hence, you can also savour the beauty of inscriptions, caves, temples and palaces, which are all built within its walls.

Apart from its history, you can also explore its green surroundings spread all across the Vindhya Range. Isn't it a perfect destination where you can learn about the history of the country amidst the relaxing aura of the Vindhya Range and its beautiful hills?

Places Of Interest In Kalinjar Fort

The major places which might interest you include Neelkanth Temple, Rani Mahal, Chaubey Mahal and several other ruined structures lying within its boundaries. You can also go trekking and hiking on the hilly terrains of Vindhya Range and test your patience and endurance through their challenging trails.

How To Reach Kalinjar Fort

By Air: The nearest airport is located at Khajuraho at an approximate distance of 100 km from Kalinjar Fort. Once you have reached the airport, you can hire a cab to Kalinjar Fort.

By Rail: There are no direct trains available to the town of Kalinjar Fort. The nearest railhead is at Atarra at a distance of around 40 km.

By Road: Kalinjar Fort is easily accessible by road.