Nativeplanet
»
Travel guide
»Watching The Sunrise On The Kackar Mountains

Watching The Sunrise On The Kackar Mountains 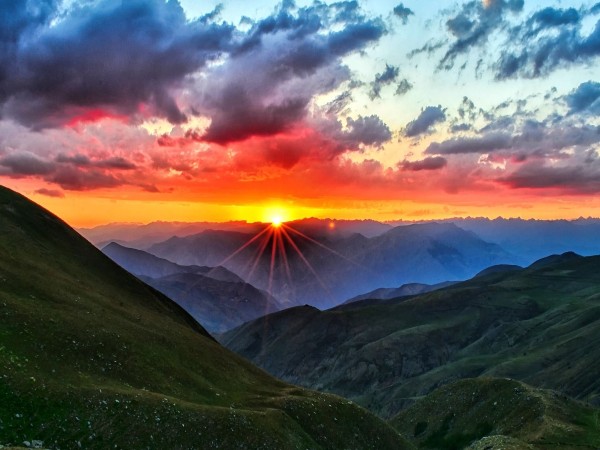 The Kackar Mountains are part of the Pacific Alps, the formidable range running along the Black Sea coast, which for centuries provided defence against invasion and a refuge for minorities. The coast enjoys a damp climate and the lower slopes of the mountains are clothed in tea plantations, beech and chestnuts, with dense pine and 'rainforest' higher up; the southern slopes are alpine, with steep high summer pasture.

The Kackars cover a relatively small area, but their close-packed snow-clad peaks, many of which are well over 3,000 m (9,750 ft), block paths from the valleys.

The mountains are increasingly popular with trekkers, and this is a lovely and rewarding area, rich in wildlife, dotted with small lakes and home, in the summer, to flocks and herdsmen. On the Black Sea sections. Ayder and cat are good bases; both are reached via the beautiful Hemsin Valleys. On the southern side, above the Coruh and reachable from the Western Georgian valleys, Barhal, Hevek, Meretet and Tekkule are good starting points. The hikers are more gruelling from the south, but the weather is much better; the gentler northern slopes are covered in dense, damp clouds most afternoons.

The villages have accommodation, and it is possible to hire guides or join an organised trek of anything from a day to a week. The highest mountain is Kacker Dagi - 3,932 m (12,779 ft) - and there are several others almost as high; climbing the peaks requires full kit and some experience, but there are some glorious one and two-day walks below the highest sections.

Duration of the trek

There are no good large-scale maps of the region.
Place names can be confusing; they may be Turkish, or Georgian/Armenian.