Janjheli In Himachal Pradesh – Only For Those Who Avoid Crowds 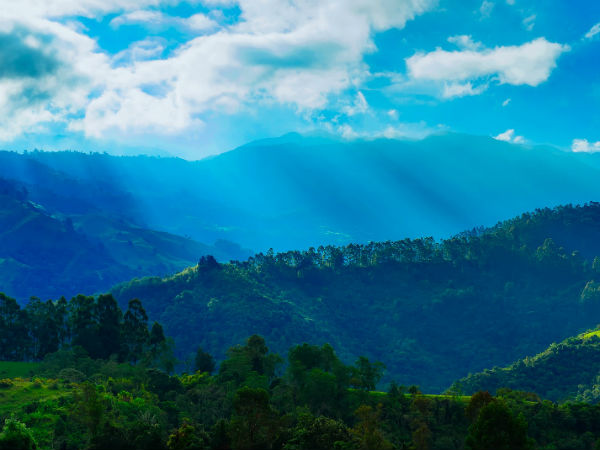 The states of Himachal Pradesh and Jammu & Kashmir are the only places which strike our mind when it comes to heavenly spots away from the disturbance of regular crowds. Are you one amongst these travellers who always look forward to avoiding crowds? If yes, then this article this definitely for you and Janjheli in Himachal Pradesh is assuredly your stoppage this season.

As Janjheli is unknown to most of the travellers, it remains unexplored throughout the year, which results in creating a blissful environment. So, how about getting yourself to this hidden paradise where you can just laze by the greenery of nature undisturbed? Scroll down to learn more about how to reach Janjheli and what's so special about this secluded spot.

Being a hilly region, Janjheli maintains a cool and favourable climate throughout the year. Hence, it is a year-round destination. However, if you desire to witness the best of its natural beauty, then the best time to visit Janjheli is from October until the end of March.

By Air: The nearest airport from Janjheli is located in Kullu at a distance of about 115 km. Once you have reached the airport, you can either hire a cab or catch a bus to Janjheli Valley. It will take you an average time of 3 h to reach your destination from the airport.

By Rail: The nearest major railway station is located in Shimla at a distance of around 140 km. As Shimla is well connected to other major cities and towns by road, you can catch a direct cab or bus to Janjheli from Shimla bus station.

By Road: Janjheli has a good road network and hence, it is easily accessible by road.

The Location And Surroundings Of Janjheli

With an elevation of about 7217 feet, Janjheli is a scenic valley in the state of Himachal Pradesh and is famous amongst locals and a few offbeat travellers for its virgin beauty which remain unblemished throughout the year. It is one of the few places in the state where tourists looking forward to avoiding crowds can enjoy their vacations to the fullest.

Even though it is popular amongst trekkers and hikers, it still needs recognition from common tourists who are unaware of this secluded paradise. Surrounded by beautiful forests, covered with lush meadows and characterised by a satisfying weather, Janjheli also serves as a base camp for several trekkers and campers on their way to places, such as Shoja, Karsag, Chindi and Shikari Devi.

Who wouldn't love to take a break at such an amazing place where one can easily feel the essence of raw nature? So, if you are looking for a fascinating experience in Himachal Pradesh away from the crowd of regular tourists, then it is advisable to plan a tour of Janjheli.

What's So Special About Janjheli

The major speciality of Janjheli lies in its uncrowded environment, which has certainly helped it in becoming popular amongst several offbeat travellers over a period of time. Apart from savouring this delightful aura and secluded atmosphere, you can also indulge in trekking, camping, hiking and photography.

As the region of Janjheli is surrounded by innumerable hills, it is a perfect destination for trekkers. The presence of lush grasslands helps in alluring campers too. Isn't it a wonderful place where you can actually enjoy your vacation without encountering any crowded spot? If you desire to explore beyond the boundaries of Janjheli, then you can also visit nearby destinations, which include Shimla, Mandi, Kullu, Manali and Sarahan.

Comments
Read more about: india travel tourism hills valleys shimla summer monsoon
Other articles published on Jul 2, 2018
We use cookies to ensure that we give you the best experience on our website. This includes cookies from third party social media websites and ad networks. Such third party cookies may track your use on Nativeplanet sites for better rendering. Our partners use cookies to ensure we show you advertising that is relevant to you. If you continue without changing your settings, we'll assume that you are happy to receive all cookies on Nativeplanet website. However, you can change your cookie settings at any time. Learn more
Change Settings Continue