Jamaica: A Great Cultural Boom-Box Of The Caribbean 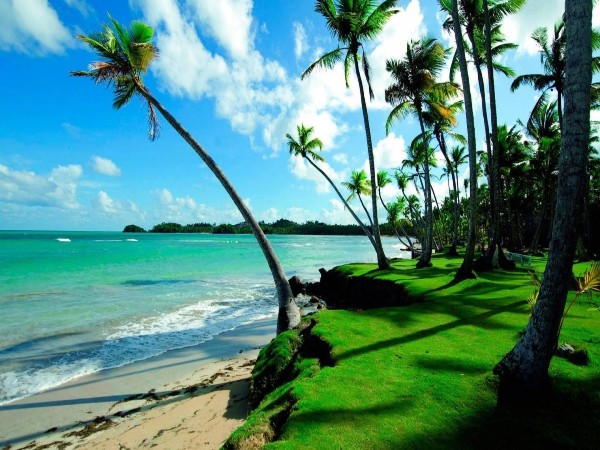 Jamaica is the great cultural boom-box of the Caribean, constantly advertising an identity already so strong that it is recognised anywhere in the world. It's not at all typical of the West Indies, but by asserting itself so vigorously, this one island has come to epitomize them all.

After Columbus, who tried to make it his fief in 1494, Jamaica was always an English/British colony after Admiral William Penn (father of William Penn of Pennsylvania) seized it in 1655, and centuries of aggressive control by sugar oligarchs and naval and military commanders created a style still apparent in the gangs and societies that make the unofficial rules in Jamaica today.

Parts of Kingston and other towns are plain dangerous for visitors, and you go warily almost everywhere outside resorts and tourist destinations Happily, the resorts are themselves set in such beautiful places that visitors don't mind their self-imposed restrictions, but if you want to explore outside the envelope the best way is to join in one of the many festivals all over the island, in which Jamaicans celebrate their countryside, religions, planting, harvest, towns, rivers, and history, with the intense joie-de-vivre that infects the island's brilliant music, dance and theatre. On these occasions, you'll see open-hearted, deeply spiritual, carefree and generous people intent on pleasure rather than your tourist bucks, and you'll love it.

There's much to love in Jamaica, especially reggae, street markets, genteel towns like Mandeville )laid out in 1816, and still serves tea around 4 pm), Jamaican rum in its many lights and dark forma, Blue Mountain coffee and the mountains themselves, the aura of elegance and celebrity inherent in Ocho Rios and Montego Bay, limpid peach sunsets silhouetting palms on Negrils's 11 km (7 mi) nudist-happy beach, and - insistent and everywhere - more reggae. Grab some goat jerky and get stuck into the fun.

Year-round, but much more expensive from December to April. Come for a festival - Carnival in March/April is huge, aimed at Jamaica's booty-shakers rather than tourists, Reggae Sunsplash in Ocho Rios, and Reggae Sunfest in Montego Bay come a week apart in July/August, and in January Kingston celebrates, cultural roots in the Rebel Salute Music Festival, and the traditional Accompong Maroon Festival Jonkanooo is a Chritsmas Masquerade revel, and cricket in the street or stadium of on the beach always involves music and dancing.

By air, to Kingston, Montego Bay or Ocho Rios

The Rastafari religion, founded in Jamaica reveres the late Emperor Halle Selassie I of Ethiopia