7 Facts About Shimla Even Locals Might Be Unaware Of 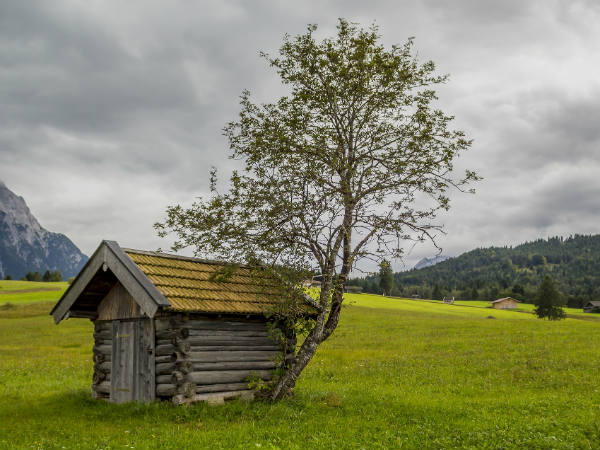 The capital city of Himachal Pradesh, Shimla is one of the most popular hill stations in India and is frequented by millions of tourists every year. It is named after Goddess Shyamala and is also known as Queen of Hills. Such is its popularity that tourists from all over the country visit it to savour its pristine environment and lush green valleys. It is one of the few hill stations in India which are home to UNESCO World Heritage Sites. The Kalka-Shimla railway line which was built during the British Era has been inscribed to the list of the UNESCO World Heritage Sites.

Therefore, it also attracts numerous international tourists too. Despite being a immensely popular destination, there are still several facts about Shimla even locals might be unaware of. Wouldn't you love to know about these interesting facts? If yes, this is your read.

Unknown to many, Shimla is settled on the top of seven hills. These list of these beautiful hills that harbour the beauteous settlement of Shimla include Prospect Hill, Summer Hill, Observatory Hill, Bantony Hill, Jakhu Hill, Inverarm Hill and Elysium Hill. The highest peak in Shimla is the towering Jakhu Hill, which is also the location of the famous Jakhu Temple dedicated to Lord Hanuman.

2) The Only Place With A Natural Ice-skating Rink

Shimla is the only place in the country which houses a natural ice-skating rink. It was founded in the year 1920 during the British rule and since then, it has been a popular tourist destination in Shimla. Thousands of tourists come here every year to enjoy ice-skating. So, now you know why Shimla is considered as one of the most beautiful hill stations in India.

Established in the year 1882 in a small building named Conny Cottage, the General Post Office of Shimla is said to be the oldest of them all in North India. Even though it is not a tourist destination, it certainly interest several history lovers. So, if you would love to trace the history of India Post, then you can consider visiting Shimla. This ancient post office has a lot to be explored.

What if we tell you that a beautiful hill station like Shimla is also home to haunted places? Well, it is certainly unbelievable but it is true. As per locals and tourists' eerie experiences, Chudail Boudi is located on Shimla Highway and is one place where you can feel the speed of your vehicle slowing down automatically. Here, the speed of you vehicle doesn't matter and you are definitely bound to slow down.

5) The Story Of Shimla Mirch

We all know that Capsicum is locally known as Shimla Mirch in India, especially in its northern parts. But did you know how it came to be called so? If not, then let us tell you that Shimla is the place in India where the plantation of capsicum was introduced for the first time by the Britishers. Therefore, Shimla Mirch came into the picture.

Built in the year 1857, Christ Church is said to be second oldest church in India after the famous St. John's Church in Meerut, Uttar Pradesh. As it is also known for its beautiful structural formation which comprises commendable glass works, it also attracts several architecture enthusiasts beside common tourists. It is also a popular photography destination in Shimla. The spectacular views of the church when it gets decorated with colourful lights at night certainly deserves to be framed on your camera.

Yes, you read that right. Shimla is paying price for its popularity. Since the last two decades, it popularity has increased drastically amongst domestic as well as international tourists. Hence, more restaurants, hotels and recreation clubs are capturing the frame.

All of this has resulted in air and water pollution. It is certainly heartbreaking to say that if the beauty of Shimla keeps degrading at the same pace, then within a few decades, it will be nothing but a pile of waste.

Comments
Read more about: india travel tourism shimla news hills church nature weekend
Other articles published on Nov 2, 2018
We use cookies to ensure that we give you the best experience on our website. This includes cookies from third party social media websites and ad networks. Such third party cookies may track your use on Nativeplanet sites for better rendering. Our partners use cookies to ensure we show you advertising that is relevant to you. If you continue without changing your settings, we'll assume that you are happy to receive all cookies on Nativeplanet website. However, you can change your cookie settings at any time. Learn more
Change Settings Continue