Iconic Places Of Worship In Mumbai 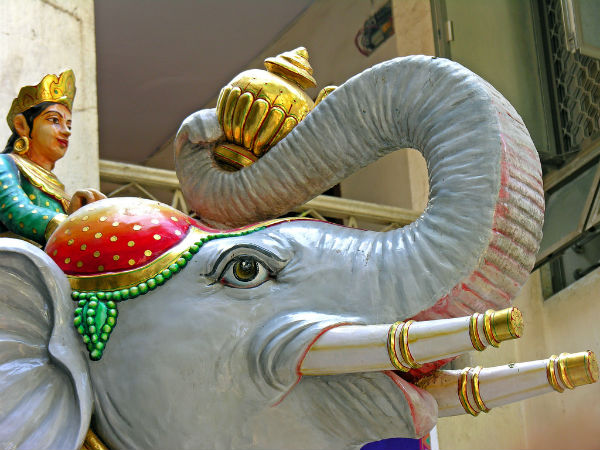 The commercial capital of India and one of the largest metropolitan cities, Mumbai, is well known for its secular character. The secularism manifests not only because of the multilingual population, but has made space within the territory for extravagant religious structures of multiple faiths. From beautiful temples, glorious mosques to peaceful churches, there are plenty of religious places in the city for the pious souls to explore.

The reflection of cultural diversity and religious unity can be seen at all the places of religious importance in the city. The lively city is very modern in its approach towards life, yet has its roots deeply grounded in traditions and ethnicity. Mumbai is home to many religious centres which attract thousands of devotees every single day, for its divine pleasure and spiritual ecstasy.

Dedicated to Goddess Mumba, from whom the city gets its name, this unremarkable temple is noteworthy. The Koli fishermen are believed to be the original inhabitants of the city; they worshipped the goddess and built a temple for her, which was demolished in 1737 and the current temple was constructed subsequently.

The temple is located in the midst of a heavily crowded market, which is not only submerged in a sea of people, but is equally cluttered with a large number of buildings. All said and done, a visit to this shrine would throw light on the history of the city.

One amongst the top attractions in the city, the imposing Haji Ali is both a mosque and a tomb which was built in the year 1431 by wealthy Muslim merchant and Sufi saint, Pir Haji Ali Shah Bukhari.

The tomb houses his body and is situated in the middle of the ocean. The shrine is accessible only during low tides via a narrow walkway. The shrine receives a large crowd on Thursdays and Fridays.

The Keneseth Eliyahoo Synagogue was built in the year 1884 by Jacob Elias Sassoon and his brother Albert in memory of their father Eliyahoo Sassoon.

The light blue-colored building is home to beautiful interiors which are resplendent with pillars, chandeliers and stained glass windows. The structure is best viewed under the light of the afternoon sun as it casts a magical shadow over the place.

Jain temples are considered as one amongst the most elaborate ones in the country; this shrine is no exception. Built in the year 1904, the shrine is adorned with beautiful ornate sculptures and paintings.

The entrance of the temple showcases two stone elephants on either sides and inside one would come across a dome ceiling which is decorated with various zodiac signs.

Dedicated to Lord Ganesha, the temple opens its doors to everyone irrespective of their religious beliefs. The shrine draws over 25,000 visitors every single day and the number reaches close to a lakh on Tuesdays.

Built in the year 1801, the temple attracts common man to Bollywood stars and has grown ever since to be one of the richest and grandest temples in the city.

The grand Holy Name Cathedral was constructed to replace the older one which is built nearby and is decorated with an array of artwork.

The cathedral opened its doors for worship in the year 1905 and is well known for its frescoes, pipe organs, gifts from various Popes, which include a bell outside the church, which was gifted by Pope Paul VI in 1964.