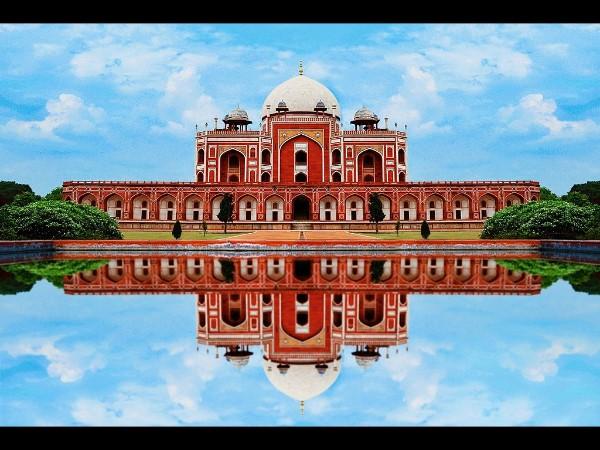 Most architectures brought by the Mutual Empire have been exotic and interesting. Some of them are even listed under the UNESCO World Heritage sites. The period of Mughals is a great time in terms of art, architecture and even administration. The Humayun's Tomb in Delhi is one of the structural marvels of this era. Humayun's Tomb was also a one-of-its-kind design built during those times.

The Humayun's Tomb was commissioned by Beda Begun during the time of Emperor Akbar. Bega Begun was one of chief consorts of Humayun. Emperor Akbar visited this beautiful mausoleum during the later stages of construction. Humayun's mortal remains were shifted to this mausoleum from his original resting place at Old Fort.

Humayun's Tomb contains the graves of Humayun, his wife Bega Begum, Hamida Begum and Dara Shikoh. It is also near to the tomb of Nizmuddin Auliya (Nizamuddin Dargah) on the banks of Yamuna River.

Humayun's Tomb was one of the coming-of-age architectures. The beautiful red stone structure reflects the Indo-Islamic architecture. We can also see a bit of Rajasthani influence in some portions of the tomb. Large arches, colourful motifs and huge gateways were characteristic feature of Mughals.

Char Bagh is a Persian Style of Garden which later became a base of all the Mughal Gardens across India. The central tomb belongs to the Emperor Humayun and there are many other tombs spread across the site.

Comments
Read in Hindi: हुमायूँ के मक़बरे की खूबसूरत तस्वीरें!
Read more about: heritage delhi
Other articles published on Dec 30, 2016
We use cookies to ensure that we give you the best experience on our website. This includes cookies from third party social media websites and ad networks. Such third party cookies may track your use on Nativeplanet sites for better rendering. Our partners use cookies to ensure we show you advertising that is relevant to you. If you continue without changing your settings, we'll assume that you are happy to receive all cookies on Nativeplanet website. However, you can change your cookie settings at any time. Learn more
Change Settings Continue