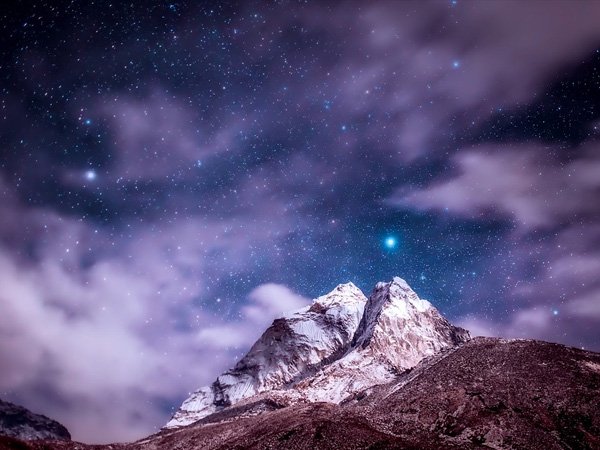 India is a country which is well-known for its abundant natural resources and scenic beauty. Along with serene beaches, thick forests, lush green plantations and vast water bodies, India is also home to majestic mountain ranges. India boasts some of the highest mountain peaks, including the Himalayas and the Western Ghats, to name a few.

On this International Mountain day, let's get to know India's lesser-known and well-known mountains that shape the geography of India. Here are the 8 highest Mountain Peaks of India that proves the might of nature.

A part of the Himalayas, Kanchenjunga is renowned as the third highest mountain in the world. This vast mountain is as high as 28,169 feet and proves to be an amazing sight for the traveller to witness. So if you want to take your mountain tourism to its heights, then visiting Kanchen should definitely be on the cards. The chilly and beautiful climate in this part of the country also makes it a popular tourist destination.

Being the second highest mountain peak in India, Nanda Devi is a sure delight to watch. Standing as tall as 10,299feet and a part of, this mighty peak proves to be a treat to the visitor's eyes.

The Nanda Devi mountain is surrounded by the Nanda Devi National Park which is another one of the UNESCO World Heritage centres in India. Nanda Devi Peak has been a favourite spot for explorers and climbers throughout history.

Located at an altitude of 7,756 meters (25,446 ft), Kamet is the second highest mountain peak of Garhwal Himalayas following Nanda Devi.

It is amongst the top 3 formidable peaks in India and lies very adjacent to the perimeter of Tibet. Comparatively remote, Kamet peak is not as accessible as some other Himalayan summits owing to its location near the Tibetan Plateau.

This mighty mountain peak is part of the Saltoro Range of the Karakoram. The Saltoro Kangri is 25,400 feet in height and makes for a great sight-seeing destination to the travellers. Visitors can enjoy the beauty of nature at this place to the maximum extent and be one with the serenity present around.

Saser Kangri is among the top 5 highest summits in India, and it lies in the Saser Muztagh, a subrange of the Karakoram range.

Mamostong Kangri is located in the secluded area of the Siachen Glacier at a considerable elevation of 7,516 m (24,659 ft). It is the highest summit in Rimo Muztagh, the easternmost subrange of the Karakoram range in the state of Jammu and Kashmir.

One of the most renowned peaks of South India is the Anamudi Peak. It is part of the Western Ghats ranges and stands at a majestic height of 8,842 feet. It is also the highest peak of the Western Ghats. In addition, the Anamudi Peak is said to resemble the shape of an elephant's forehead, hence the name ‘Anamudi'. This peak is situated near the town of Munnar in Kerala.

Located in Tamil Nadu, Dodda Betta is a part of the Nilgiri Hills. The literal meaning of Dodda Betta translates to ‘Big Mountain', due to its vastness.

This peak is 8,652 feet in height, proving to be one of the best locations for travellers to revel at. As this peak is situated at Ooty, which is a hill station, visitors can have the benefit of travelling to both locations.

So get your backpacks ready and be all set to climb these mighty peaks of India. Whether you are a passionate traveller or an adventure lover, these peaks will not disappoint you!