The Ancient Cave Temple Of Gavi Gangadhareshwara In Bangalore 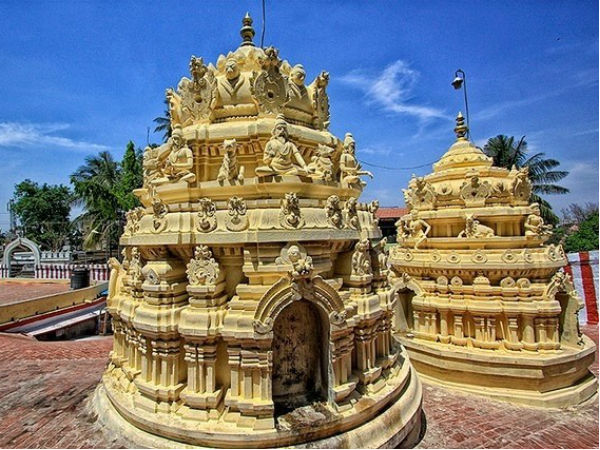 Holidays and outings are mostly well planned. Sometimes, however, we do venture out without a plan and stumble upon something that comes across as a pleasant surprise. More often than not, such impromptu expeditions reward us with an unforgettable experience that forever gets etched into the memory.

Recently, I had one such experience when I ventured out with my family without a plan. We decided to take a short drive and return unless we come across something interesting. South Bangalore has a lot of interesting places and we had explored most of it. So we really looked for something that would grab our attention.

In a little while, as we drove towards Basavangudi, we came across an area with huge monoliths. On inquiring, a passerby said it was part of a cave temple called Gavi Gangadhareshwara. We immediately pulled over the car and decided to explore. A huge trident made of stone was the first thing we noticed on entering the temple premises.

The word 'gavi' means a cave or a den in the local language. The temple is dedicated to Gangadhareshwar, which is another name for Lord Shiva. It is known to be one of the oldest temples in Bangalore and with its stunning rock-cut architecture, it is indeed a fine example of an architectural prowess.

A stone idol of Nandi, Shiva's mount, is placed outside the shrine. A placard near the entrance gave a very interesting information about the architectural planning of the temple that is backed by scientific knowledge. It mentioned that during a specific time of the year, the sunlight passes between the horns of the Nandi and enters the inner sanctum directly illuminating the Shiva Lingam.

We learned that every year during the Makar Sankranti festival, devotees and visitors flock there to witness this unique phenomenon. The phenomenon is backed by science and has to do with the position of the Sun during a specific period in summer and winter. I made a mental note to visit the temple during the said period to experience this wonderful event.

The shrine is carved out of a single huge boulder and it is pleasantly cool once you step inside. There are idols of other deities including Agni, the god of fire. It is also believed that there is an underground tunnel from underneath this temple that connects it to Kashi - which is the ultimate place to gain salvation.

We sat there for a while soaking in the peaceful and tranquil atmosphere of the temple and attended the evening Aarti. After which we took a walk around the temple and on the monolithic structure, clicking pictures of a beautiful sunset. As restless as we were when we had left home earlier, an unplanned visit to such a beautiful place filled our minds with peace and serenity.

Public transport is easily available to reach the temple.

The entry to the temple is free.

The temple is located in an area called Gavipura in Kempegowda Nagar near Basavangudi.