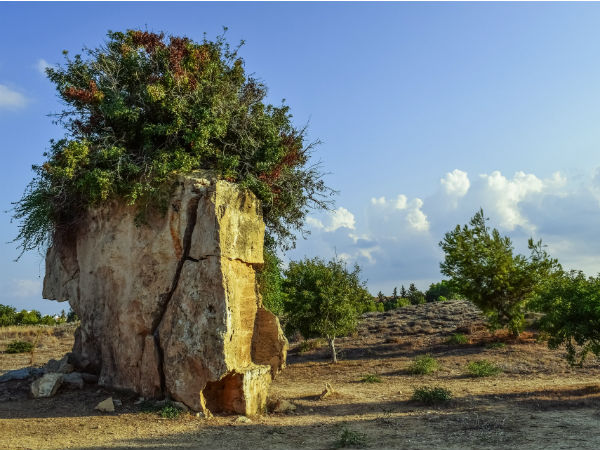 Why not take a break from the hustle and bustle of the city into the serene and tranquil environment of Lothal? Filled with ancient galleries, Lothal was an important settlement of the Indus Valley Civilisation, which was majorly into the business of gems, beads and other high-budget materials.

Being a 4000-year-old site, Lothal has become a hub for historians and archaeologists who come here to learn about the history of modernisation and sophistication. It is no less than a wonder that Lothal was way ahead of its time and had set the standards for other places in terms of development and prosperity. So, how about adding Lothal to your bucket list this season?

Lothal experiences a semi-arid type of climate because of which it is not comfortable to visit Lothal during the summer season. If you are looking forward to passing through the ancient galleries of Lothal and exploring them comfortably, then the best time to visit Lothal is from November until the end of March.

How To Reach Lothal From Ahmedabad

By Air: If you are travelling by air, you can take a flight to Ahmedabad airport and then from there, hire a taxi to Lothal.

By Rail: There are no direct trains available between Ahmedabad and Lothal. However, you can catch a train to Bhurkhi and then from there you can take a local bus or hire a cab to Lothal.

By Road: Lothal is easily accessible by road with an approximate distance of 78 km from Ahmedabad.

If you are commuting on your own, then you can take the following route:

This route is the fastest and more comfortable. On your way to Lothal, you can take a break at Bagodara village.

Bagodara is a tiny hamlet near Ahmedabad and is known amongst locals for its temples. If you desire to take a break while on your way to Lothal, then Bagodara is the ideal place. Apart from visiting its temples, you can also mingle with the people of Bagodara and experience a warm hospitality.

Once you have reached your destination, you will have a lot of options to look forward to. The beauty of Lothal will certainly delight you and make you feel comfortable and relaxed. Following are some of the places in Lothal you can stop at to explore their millennium-old beauty and greatness.

Places To Explore In Lothal

The dock at Lothal is the oldest-known dock in the world and was a major part in the lives of people at Lothal. It was used for exporting goods and raw materials to several parts of the world such as West Asia and Africa. The intact beauty of this oldest dock is the major reason behind the popularity of Lothal amongst tourists. It has played a vital role in the lives of the businessmen of Lothal who were able to run and expand their businesses on account of this architecturally built dock.

Lothal is believed to be an important trade centre and hence, it was natural for the town to have warehouses to collect and preserve raw materials and goods. The warehouse of Lothal was built on a raised platform and was huge enough to stock goods in large numbers before being distributed for sale. If you are looking forward to watching the masterpieces of ancient civilisation, then witness the magnificence of the warehouse at Lothal.

Learn In Detail About Lothal, The Lost City

How about watching some of the sculptures and artefacts found in the excavation of Lothal? Well, if you are one amongst those who are always curious about ancient materials, then Lothal Museum is a perfect place for you. From jewellery to pots, toys to mirrors and seals to decorated materials, you have the opportunity of watching the best of artefacts at this museum.

Located in the heart of the city, Acropolis was the most important part of Lothal. It is believed to be a residential area with several public baths and the major political centre of Lothal, while the Lower Town was the reserved place for workshops and private buildings. However, both Acropolis and the Lower Town are considered to be the major centres of Lothal. How about visiting Lothal and digging deep into the period of its outset?