8 Tips For Female Solo Traveller To Safely Travel Across India 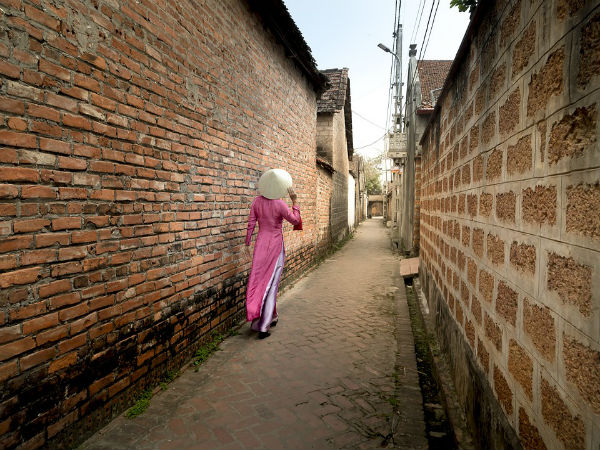 It is important to be aware that even in countries with a stable political scenario and less-crime rate, 'safety' is not a 100% guarantee. Be it India or any other country, being cautious and smart is a must! A lot of people and media overseas actually advise women not to travel solo to India. That being said, there are many who do and don't have problems - Indians can be really hospitable!

Should women travel alone? Isn't it unsafe for women to travel to an unknown place? Is India a safe place for women to travel? These are subjective. However, if you do, ensure you follow these tips and hacks to stay safe and have a good time exploring India. Travel and judge for yourself!

There's a lot to be said about the strength of intuition! If someone or something gives you an edgy vibe, there's no shame in turning away or saying 'No.' If your instinct is telling you that something doesn't seem right, pay heed to it. This feeling naturally matures over time and builds you as a solo traveller.

Many may think it is absurd or even crazy to travel solo across India but believe in your intuition. It's remarkable how much paying attention to that small voice in the back of your mind can direct you in the right direction.

Never be worried that you will upset people by saying no! Even when the occasion feels right! Because this solo adventure is all about you. Seldom in inns and pubs, the mentality to keep drinking and the obligation to partake in yet another round of liquor-shots is typical.

Getting too excited or tipsy can lead to severe problems. If you're alone, keep it to a few drinks! Over the years in India, there have been numerous reports of many solo travellers being mugged in stations and streets because they were too drunk. Believe it or not, it is a common sight, especially when in recreation areas and alone. Being aware of the consumption while on the road, will not only keep you safer but also lets you meet people who are occupied in things besides partying. Consequently, that will lead to more enriching affairs overall.

3. Use Dummy Wallets And Whistle

Dummy wallets are fake wallets that contain discarded credit cards and counterfeit cash! Veteran travellers' first tip to first-timers is to keep the valuables safe and secure. It's enough to make a would-be burglar believe he's getting something worthwhile while having your real valuables well-protected.

A whistle is another essential tool that will be of great help. Many non-travellers may frown upon this hack, but little do they know how whistle may come in handy in times of emergency! It can be a saviour when you are being attacked by an animal or by perverts. You never know how beneficial something so small can be.

Gain as much information possible when you plan for a solo trip across India. There are 'n' number of online platforms you can access to know what to look out for in the city you are touring, particularly if it's your very first time. There are a few popular online communities such as Nativeplanet and Facebook groups where ex-pats, locals and travel experts share updates.

Asking safety-related questions on these online platforms are seldom more substantial than some websites as they are much more prevailing. And it wouldn't hurt to research common dangers and scams in your travelling destination.

Dress like a local to blend into a new culture. By standing out, the chances of you, being catcalled is beyond your control! A sad truth! However, one of the most important aspects of any solo traveller is being comfortable while also being respectful. So, think from a reverence point of view, and that will avoid half of the uncalled trouble.

Yes! Attire is highly debatable because be it a man or a woman, one should be able to dress the way he or she wants to no-matter where. However, unfortunately, in today's world, that is not the way it is! Just agree to disagree and move on with your adventure!

6. Don't Venture Alone In the Night

India is vast! In some parts of India, it's safe to walk alone at night. However, in others, it could be a bit dangerous. Travelling out at night in crowds or requesting to be guided by someone else to and fro to guesthouse or hotel is a smart move.

Well, prevention is better than cure! So ensure never to venture alone at night, especially in shady areas and when intoxicated.

7. Scan Your Relevant Documents And Keep It Handy

Although it is common for a traveller to hope nothing to happen, nevertheless it is necessary to be prepared for a worst-case scenario. Make photocopies of your related materials, including your identity card, passport, and insurance cards, and place them in the bag or purse you bring. Keep electronic scanned copies as well, should the adversity occur, it will come in handy.

Either online or offline, find local crisis numbers before you leave. Or ask the staff for a contact number at the front desk, wherever you're staying. There are also apps, like bsafe and Smart 24*7, that give emergency numbers for any city in India. Nonetheless, the best-case situation is that you never have to use it, but it's always good to be prepared if you do require it.