Explore The Rich Heritage At Malwa Plateau Of Madhya Pradesh 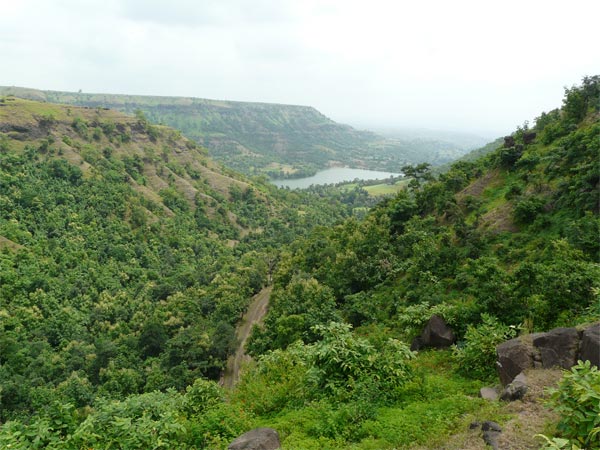 Malwa Plateau is a plateau of volcanic origin, which is located in central North India. It encompasses parts of the states of Madhya Pradesh and Rajasthan. Bounded by Madhya Bharat and Bundelkhand to the north, Vindhyas to the east and south and Gujarat to the west, Malwa Plateau covers quite an area.

The name "Malwa" is derived from "Malaw" which means Goddess Lakshmi. Historically, this plateau has been under the rule of Mauryas, Guptas and Paramara dynasties. It came under the control of the Muslims in 1390 and was handed over to the British in 1817 from the Marathas.

Located at an elevation of about 1650 feet to 2000 feet above sea level, Malwa has found mentions in the 7th century by Chinese traveller Xuanzang. This plateau is influenced by Gujarati, Marathi and Rajasthani cultures.

Malwa has mostly agrarian economy, where oilseeds, cotton, legumes and cereal grains are the main cash crops. Some of the industries in Malwa produce cotton textiles, ginning cotton, sugar, oil, lumber and paper. The famous masterpiece Abhignanasakuntalam written by the great playwright Kalidasa is set in the Malwa region, owing to the fact that the Kalidasa belonged to this region.

Malwa Plateau is a significant landscape as it has a lot of area cover under it. It is well connected by road, rail and air. There are two airports in this region, at Indore and Bhopal.

Tourism in Malwa Plateau is mostly associated with historical or religious significance. Some of the tourist attractions in the Malwa Plateau are:
PC: Varun Shiv Kapur

Ujjain has been revered in Hinduism. It has over 100 ancient temples, exhibiting the finest architecture. The Mahakal Temple in Ujjain is one of the 12 Jyotirlingas. Ujjain is known as the Greenwich of India, as it was regarded the prime meridian of India by Indian geographers. Simhastha Mela, which occurs once in 12 years is celebrated with much revelry.
PC: Gyanendra_Singh_Chau

Mandu was the fort capital of Parmar dynasty. Mandu Fort in Mandu is the biggest fort in India. Jahaz Mahal in Mandu is a testament to the beauty of Afghan architecture. The palaces in Mandu still speak of rich history and is alive with romance. Hindola Mahal, Roopmati Mahal, Hoshang Shah's tomb, Jami Masjid and Baz Bahadur are few other must-see forts.
PC: Sheerazwiki

Two of India's most celebrated handlooms are produced in the Malwa region. Chanderi is a traditional saree made from either pure silk, chanderi cotton or silk cotton. Some of the famous chanderi patterns are coins, peacocks, motifs and geometrics. Maheswari sarees are made from cotton and are weaved with characteristic designs embracing stripes and checks.
PC: McKay Savage

Malwa Plateau has a rich wildlife inhabitation. Bandhavgarh, Pench, Ranthambore, Kanha National Park and Rewa are some of the wildlife places to visit. Bandhavgarh has the largest density of royal Bengal tigers in India. Rewa is best known for the elusive and rare white tigers. Ranthambore is also well known for its tigers.
PC: Akshaygn

Bhimbetka rock shelters, a World Heritage Site near Bhopal, are said to depict the earliest traces of human existence on the Indian subcontinent. Some of the paintings found on this rock caves are close to 30000 years old. These rock formations resemble the ones in Spain and France. There are 243 shelters in Bhimbetka.
PC: Vijay Tiwari

Sanchi Stupa was built by Emperor Ashoka in the 3rd century BC. The sculptures contain illustrations from the life of Buddha, as told in the tales of Jataka. The existence of this stupa was first recorded in 1818 by the British. They undertook some restoration to preserve the monument. The site is open from sunrise to sunset for visitors.
PC: Patrick J. Finn

Bhopal is known as ‘City of Lakes' and true to its name, it has many natural and artificial lakes. Bhopal is split by two lakes as North Bhopal and South Bhopal. They have divergent cityscapes. North Bhopal contains mosques, alleys, chowks, havelis and bazaars; whereas, the south side is more developed with wider roads, malls and posh restaurants. Taj-ul-Masjid in Bhopal is one of the largest mosques in India.
PC: Ajitkumar.bhopal

Portrayed as a "pearl amongst fortresses in India", Gwalior has made significant contribution to the Indian music scene. Renowned and celebrated musicians, like Tansen and Baiju Bawra were from Gwalior. Tansen Music Festival is celebrated every year in his tomb in Gwalior.

The Vishnu temple which is located in the premises of Gwalior Fort has the first ever mention of the record of "Zero".
PC: Dan

Chittorgarh Fort is a beautiful fort, whose construction is said to have been initiated by Bhima, one of the five Pandavas. The walls of the fort ring with incredible stories of valour. Rani Padmini's Palace in Chittorgarh plays a great role in Rajputana history. It is believed that Allaudin Khilji, from the Sultanate of Delhi, saw the reflection of Queen Padmini on a pool and was so enchanted by her beauty that he sent forces to abduct her.
PC: lensnmatter