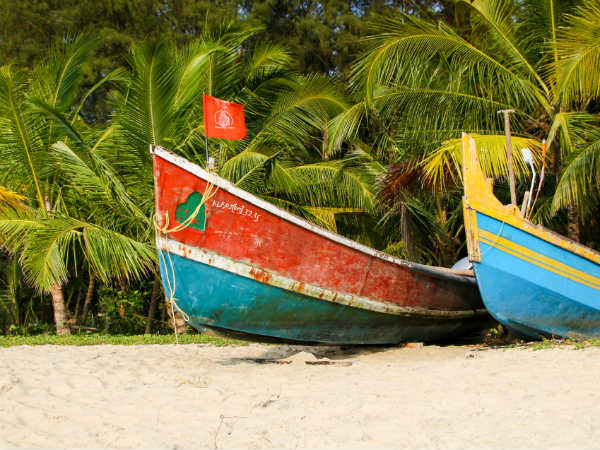 We all look forward to spend our vacations in a still and composed environment. As the summers are approaching, everyone has gotten busy planning trips to different parts of India. Some desire to get lost in the deep valleys of Himachal, a few long for the majestic appearance of nature and numerous plan to laze by the beaches or rivers.

So, if you are one amongst the beach lovers and are looking forward to spending your time sunbathing and hammocking, then Mararikulam is your calling this season. Famous for its unspoilt beaches and beautiful environment, Mararikulam is a small piece of heaven in God's Own Country for those who love doing nothing during their vacations. Scroll down to learn more about Mararikulam and things to do there.

The Location And Environment Of Mararikulam

Nestled peacefully by the shoreline of the Arabian Sea, Mararikulam is a beautiful village and is popular for Marari Beach, which is a weekend destination for offbeat travellers and local tourists. It is located in the Alappuzha district of Kerala and is also known for the presence of Mararikulam Mahadeva Temple, which is visited by hundreds of Hindu devotees every month and is considered one of the prominent temples in the region amongst Shaivites.

Being an unexplored and unpolluted beach, it has started gaining popularity amongst international tourists too, who come here to take a fresh breath of air amid a cool and pristine environment. Mararikulam Beach has also been rated as one of the most beautiful hammock beaches in the world in the survey conducted by the National Geographic team.

So, how about a visit to Mararikulam this season and setting up your hammock and gazing at the vibrant atmosphere of the beach while relaxing?

Places Of Interest And Things To Do

Apart from hammocking on its sandy glittering beaches and visiting Mararikulam Mahadeva Temple, you can also take a look at beautiful churches located within its boundaries. As the surroundings of Mararikulam is rich in greenery, it has become an evening and morning destination for the locals.

You can find numerous people lazing by and jogging on the sparkling sand of the Marari Beach. It also boasts of a unique ecosystem and hence, you can witness the colourful species of butterflies, rich species of endemic plants and beautiful species of turtles and frogs here. Due to the presence of several migratory and indigenous birds, Mararikulam also attracts several bird lovers too.

Why Mararikulam Should Be A Stoppage For You

Who wouldn't love to be charmed by the enigmatic beauty of nature? If you have always been longing for such beauties which can leave you stunned with a glimpse of their grandeur, then Mararikulam, in all ways, is your stoppage this season.

Isn't the thought of relaxing in a hammock by Marari Beach and feeling the touch of a cool breeze, thereby, soothing your mind, body and soul? You can also get to mingle with the locals and learn about their culture and traditions.

How To Reach Mararikulam

By Air: You can take a direct flight to Cochin airport and then from there you can hire a cab to Mararikulam, which is located at a distance of about 70 km from the airport.

By Rail: There are direct trains available to Mararikulam Junction. Hence, you can catch a train from nearby major towns and cities to Mararikulam.

By Road: Located at a distance of around 13 km from Alappuzha and 40 km from Kochi, Mararikulam is easily accessible by road.