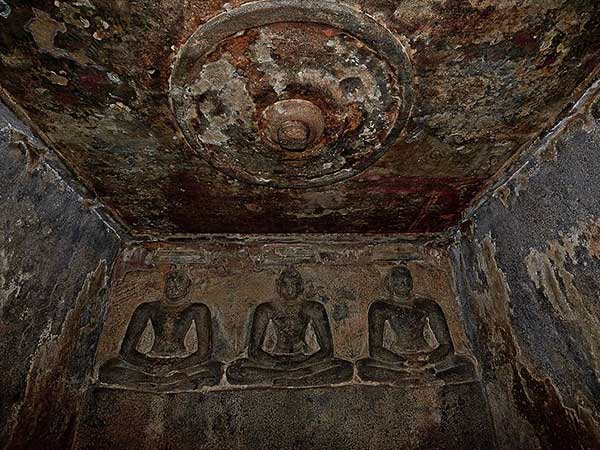 It cannot be debunked that each and every place in India narrates certain tales of its history and existence. Sittanavasal is one such place located in the Pudukkottai district of Tamil Nadu which certainly delivers stories of its survival and surroundings through the presence of a complex of caves with temples and paintings.

These temples and paintings are sheer work of architecture and artistry. Ever been to these gloomy caves holding several mysteries in their fists? Here is everything you need to know before you plan a trip to Sittanavasal Cave to reveal its wonders.

Located in a tiny hamlet of Sittanavasal in the Pudukkottai district of Tamil Nadu, Sittanavasal Cave is a Jain complex of caves dating back to the 2nd century. It is believed that it was the settlement of certain monks from the eastern parts of India, who came here to preach lessons of Jainism and spread positives of an ascetic life. Later on, this site became a major Jain centre.

Sittanavasal Cave is generally considered a rock-cut monastery and houses several murals made out of vegetable and mineral dyes in numerous colours. These paintings are definitely masterpieces in their own ways considering the period in which they were made. Today, this cave temple or monastery is under the care of the Archaeological Survey of India and has been converted into a ticketed monument. How about walking around this complex of caves with a well-maintained temple?

The Beauty Of Sittanavasal Cave

The beauty of Sittanavasal Cave lies in its paintings and structural formation and the way these wall paintings are executed is merely astonishing. With a temple in its compound, Sittanavasal Cave is assuredly a gem when cave temples are taken into consideration and its archaeological features, such as beautiful images on the wall and certain sculptures inside the compound, prove the fact. Apart from exploring its paintings and sculptures, you can also take a look at its wonderful location in the Sittanavasal hill and explore its peaceful surroundings.

Apart from its well-maintained temple, Sittanavasal Cave is extremely popular amongst tourists for its wall paintings which are formed by using colours on the surface of the lime plaster. Several colours such as yellow, orange, blue, white, green and black are used to create lotus ponds, several figures, fish, buffaloes, elephants, etc. These paintings are carefully made keeping minute things in mind such as designs, borders and appropriate use of colours.

Even though the paintings are in a deteriorating condition, they still attract thousands of visitors on a regular basis. After all, it is not easy to create masterpieces which can thrive for centuries in the form of paintings made out of vegetable and mineral dyes using colours. It is certainly objectionable to bypass this remarkable beauty if you are in and around the Pudukottai district of Tamil Nadu.

How To Reach This Beautiful Complex Of Caves

Comments
Read more about: india travel vacation caves temples
Other articles published on Feb 28, 2018
We use cookies to ensure that we give you the best experience on our website. This includes cookies from third party social media websites and ad networks. Such third party cookies may track your use on Nativeplanet sites for better rendering. Our partners use cookies to ensure we show you advertising that is relevant to you. If you continue without changing your settings, we'll assume that you are happy to receive all cookies on Nativeplanet website. However, you can change your cookie settings at any time. Learn more
Change Settings Continue