Nativeplanet
»
Travel guide
»Ever Been To These UNESCO World Heritage Sites In Maharashtra?

Ever Been To These UNESCO World Heritage Sites In Maharashtra? 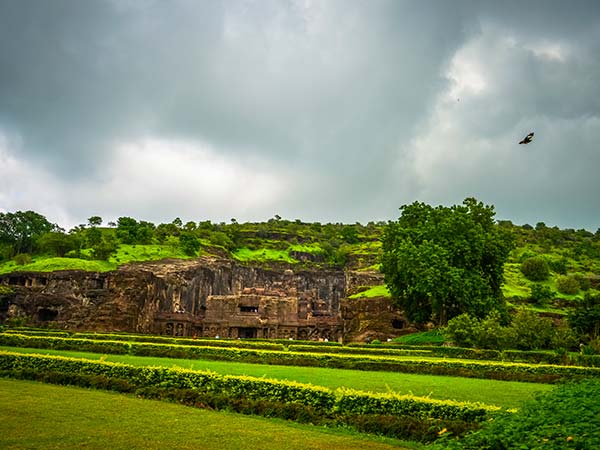 The greatness of India can never be told in a few words or through a few places as each and every place in this beautiful country narrates the tales of its development and existence. There are countless places in India which date back to the period before Christ Era and several beyond the occurrence of the epic Mahabharata.

Ellora is one of the largest rock-cut cave temple complexes in the world with its Kailasa Temple being the largest single monolithic rock excavation in the world. Located at a distance of 30 km from Aurangabad, Ellora is a must-visit destination if you love exploring places and their bygone era.

Ellora Caves comprises of more than 100 caves with several Hindu, Buddhist and Jain monuments, due to which it is a significant tourist as well as a religious spot. Adorned with drawings and carving on the walls, pillars and ceilings, Ellora stands as one of the architectural masterpieces in the world history. Would you like to explore its deepest corners?

Another UNESCO World Heritage Site, a collection of cave temples dedicated to Lord Shiva and Lord Buddha, is located on the Elephant Island at an approximate distance of 30 km from Mumbai. Elephanta Caves are flawless instances of rock-cut monuments in the world. Even though the exact history of these magnificent caves is still unknown, it is believed by many historians that Elephanta Caves were built between 5th and 7th centuries by various Hindu kings.

Inside these caves, you can find several paintings and drawings dedicated to Hindu gods on the walls and pillars. From large sculptures to beautiful patterns, each and every corner of Elephanta Caves draws the attention of tourists and pilgrims.

Located in Mumbai and formerly known as Victoria Terminus, Chhatrapati Shivaji Terminus is a historic railway station which was built in 1887 to celebrate the Golden Jubilee of Queen Victoria. Since then, it has been in use and today, it is serving as the headquarters of the central railways.

It was inscribed to the list of World Heritage Sites in 2004 and is also popular as one of the busiest railway stations in the world. If you are in and around Mumbai, then you must visit this architectural beauty built in Indo-Saracenic style. Apart from figuring out the fine work of artistry carried out on its walls and ceiling, you can also savour the beauty of its lively and busy surroundings.

One of the most-visited UNESCO World Heritage Sites, Ajanta Caves are another collection of rock-cut caves in India with about 29 Buddhist monuments. With their history dating back to the 2nd century, these caves are believed to be amongst the oldest caves in the world.

Located in the Aurangabad district of Maharashtra, Ajanta is an important part of the tourism industry in Maharashtra as it attracts several tourists and historians from all over the world. Hidden peacefully amid lush greenery, the beauty of Ajanta Caves is in their sculptures and paintings depicting the life of Buddha.

Comments
Read more about: india travel unesco heritage caves maharashtra mumbai
Other articles published on Mar 10, 2018
We use cookies to ensure that we give you the best experience on our website. This includes cookies from third party social media websites and ad networks. Such third party cookies may track your use on Nativeplanet sites for better rendering. Our partners use cookies to ensure we show you advertising that is relevant to you. If you continue without changing your settings, we'll assume that you are happy to receive all cookies on Nativeplanet website. However, you can change your cookie settings at any time. Learn more
Change Settings Continue