8 Most Popular Shiva Temples That Must Be Visited In Rajasthan 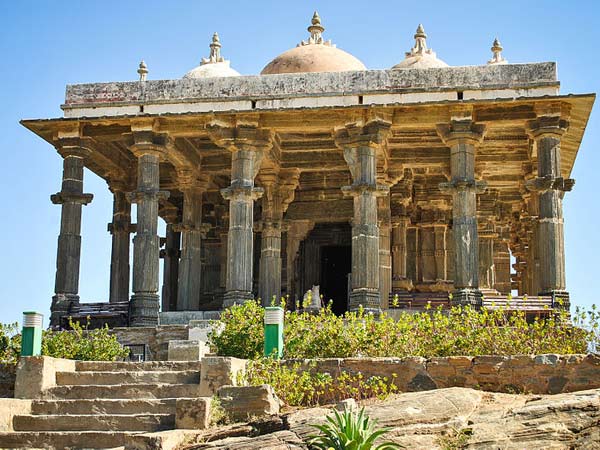 Rajasthan houses a number of temples dedicated to almost all the Hindu deities, who were religiously worshipped by the Rajputs. Each family had their own ruling deity, including Lord Brahma, Lord Vishnu and Lord Shiva and they were worshipped in different forms or avatars. It is said that there are 33 crore gods and goddesses in the Hindu mythology and out of them, Lord Shiva, Lord Vishnu and Lord Brahma are considered to be the most important ones. Rajasthan has a huge number of followers of Lord Shiva and thus, there are innumerable temples dedicated to Lord Shiva. Check out this list of 8 most popular Shiva temples in Rajasthan.

Constructed by Raja Malaya Verma of Nag dynasty of Malwa, Bhand Deva Temple is one of the most popular Shiva temples in Rajasthan. In the 10th century, the temple was built following the Tantric tradition of Shaivism.

However, Raja Trisna Verma of Med dynasty renovated the temple later in 1162 AD. The Bhand Deva Temple portrays the ancient form of Nagar architecture and attracts a lot of tourists or devotees throughout the year.

Chomukha Bhairavji Temple is located in a small city called Jhunjhunu in Rajasthan. The temple, which is dedicated to Lord Shiva, is one of the most important Shiva temples in the state. In this temple, Lord Shiva can be seen in a furious form known as Bhairava and the temple represents the deity as Chomukha with four faces. Tourists or devotees visit this temple in huge numbers but the number increases during the months of February due to Jagran tithi.

Devotees visit this temple throughout the year to offer prayers and seek blessings from the powerful god. On the occasion of Maha Shivaratri, the temple is decorated beautifully as Hindus from across the country come here to offer puja.

Parshuram Mahadev Temple is located in a cave at the foothills of Aravalli mountain range in Rajasthan. It is said that Lord Parshuram, who apparently was an avatar of Lord Vishnu, constructed the temple in the cave with the help of an axe. The famous Shiva temple attracts a huge number of devotees every year, especially during the time of Shravan Shukla Saptami in August. Apart from Lord Shiva, tourists can also find an idol of Lord Ganesh inside the temple.

Built in the 18th century, this Shiva temple was meant to cover a Shivalingam that was formed naturally in a cave in Alwar. The temple, which later became famous as Naldeshwar shrine, is regarded as one of the pious shrines in India. If you are willing to visit the temple, then plan to do so during the monsoons as the beauty of the cave enhances due to the rainfall.

Located at the Bisalpur Dam, the Bisaldeo Temple is one of the popular structures in Rajasthan with huge significance in Hindu mythology. This temples worships Lord Shiva as Lord Gokarneshwara. The Archaeological Survey of India has declared this temple as a monument of national importance as it dates back to the 12th century.

It is said that temple has been named after Chahamana ruler Vigraharaja IV, who was also quite popular as Bisal Deo. Ever since Bisalpur Dam was constructed, the outdoor area of the temple lies partially under the waters of the reservoir.

The Eklingji Temple in Udaipur is another popular Shiva temple in Rajasthan that attracts a huge number of devotees. Apart from its religious importance, the temple also attracts many tourists for its beautiful sculptures and intricate carvings.

The Guhila dynasty of Mewar constructed the temple to worship Eklingji, who was the sacred ruling deity of the royal family. Apart from the main temple, there are a total of 108 temples inside the main shrine.

Located outside the Achalgarh Fort, the temple is one of the most frequently visited temples in Mount Abu, Rajasthan. The Parmar dynasty constructed the Achaleshwar Mahadev Temple in the 9th century. However, later the temple went through renovations a number of times.

Lord Shiva is worshipped in the form of a stone Shivalingam in this temple, while the structure of Nandi, who is regarded as the gate-guardian deity of the sacred Kailash mountain, is made of five metals usually referred to as the Pancha Dhaatu.