Nativeplanet
»
Travel guide
»Do You Know About These 7 Wonders Of The Seven Sisters In Northeast India?

Do You Know About These 7 Wonders Of The Seven Sisters In Northeast India? 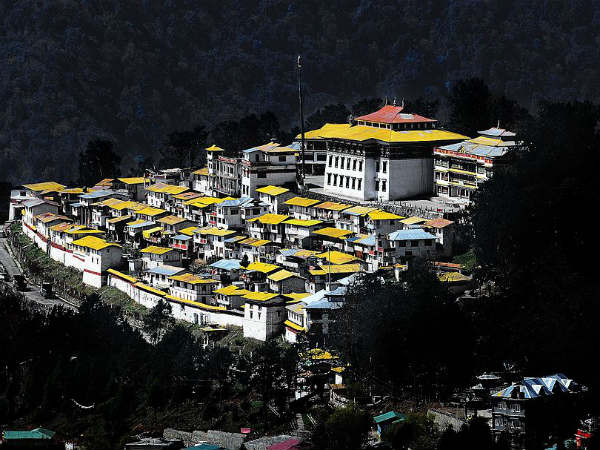 We all agree with the fact that Northeast India is one of the least-explored regions in the country and hence, there are innumerable places in this unexplored heaven which need to be discovered and explored. Have you ever been to any state in Northeast India? Well, if not, then this article is definitely for you.

Focusing on the wonders of the Seven Sister States in Northeast India, this article is all set to amaze and consequently, compel you to plan a trip to these exotic states of India. So, let's move and learn about these charming wonders of Northeast Indian states which can certainly leave you wonderstruck on account of their magical appearance and surreal beauty.

If there is any place in India which deserves to be called the green beauty, then it is, unarguably, Meghalaya. Home to the highest rainfall-receiving place, the state of Meghalaya is covered with green lawns, thick woods and towering hills, which are definitely incredible. However, the major thing which distinguishes it from other states of Northeast India is the living root bridges of Cherrapunji.

Largest of them all in India, this 17th-century monastery is settled atop a hill in the valley of Tawang river. With more than 50 residential buildings and a huge library, Tawang Monastery showcases the rich culture and traditions of the state. So, what do you think of exploring this beautiful wonder of Arunachal Pradesh this season?

Wouldn't you call the world's biggest river island, which is spread over an area of about 350 sq km, a wonder? If yes, then Majuli Island is the wonder of Assam. In fact, it really deserves to be added to the list of seven natural wonders of India, considering that Majuli Island is home to diverse wildlife, human settlements and thick vegetation. Majuli Island is located in Brahmaputra river and is one of its kind, as it is the only island which has been declared as a district in India. Isn't is an alluring destination?

Ever heard of a floating lake or a floating national park? If not, then visit this beautiful state of Manipur to explore the beauty of Loktak Lake, which is one of the largest freshwater lakes in India and is popular for its expanse of organic matter which floats over it.

Located near Moirang, Loktak Lake certainly deserves to be called the natural wonder of Manipur. Keibul Lamjao National Park is located inside this lake and is the only floating national park in the world. Ain't you curious to witness such an amazing splendour of Northeast India? If yes, then pack your bags now and be on the road leading to Manipur.

Even though Tripura has several other tourist places in the form of ancient monuments and religious sites, the beauty and significance of Ujjayanta Palace are still unmatchable. Built in the year 1901, this majestic beauty served as a regal residence to the royal family of the Manikya dynasty.

However, today, it is has been converted into a state museum which houses things related to the art, culture and lifestyle of Northeast India in the past. Surrounded by beautiful gardens and settled on the banks of charming lakes, Ujjayanta Palace seems like a residence in heaven. From beautiful location to commendable architecture, each and every bit of this majestic building is worthy of attention.

If you think the valleys of Uttarakhand and Jammu & Kashmir are the most beautiful ones, then you really need to catch a glimpse of Dzukou Valley, which is the invaluable wonder of Nagaland. It is characterised by green vegetation and seasonal flowers, which cover its entire expanse, and is famous for nurturing the beautiful flower, Dzukou Lily. How about getting yourself to this world of flower fields?

Also known as Phawngpui, Blue Mountain, at an elevation of about 2157 m, is the highest peak of Lushai Hills and is home to rich flora and fauna. However, the major thing which makes it the wonder of Mizoram lies in its beautiful blue appearance at the time of dawn and dusk.