Nativeplanet
»
Travel guide
»Divya Desams: 5 Temples In Kerala Which Were Built By The Pandavas

Divya Desams: 5 Temples In Kerala Which Were Built By The Pandavas 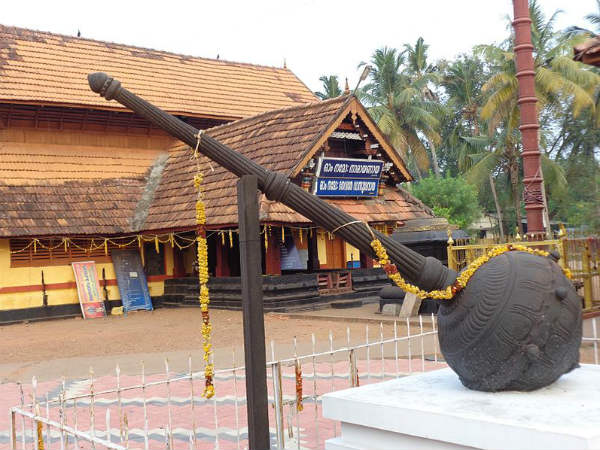 A Divya Desam is a prominent Hindu temple which is dedicated to Lord Vishnu and is mentioned in the literary works of Tamil poet-saints called Alvars. There are 108 such temples in India and some of them are located within the boundaries of Kerala.

How about exploring the history of these ancient temples in Kerala and learning in detail about the history of India? Some of the temples date back to the era of the epic Mahabharata and hence, these are considered significant pilgrimage sites amongst Hindus.

So, let's move and learn about the Divya Desams in Kerala, which date back to the Mahabharata period and were built by the Pandavas in order to honour Lord Vishnu. Today, these temples in Kerala are visited by millions of pilgrims and tourists from all over the country. Read on to know more about these temples, their religious significance and legends related to them.

One of the 108 Divya Desams, Thrichittatt Maha Vishnu Temple was built by the eldest Pandava, Yudhisthira, and is located in the Chengannur area of Kerala. It is one of the most visited temples in the region, as it also attracts several history lovers on account of its age-old complex.

However, most of the tourists visiting the temple include Hindu pilgrims only, especially Vaishnavites. As per legends, it is said that when Yudhisthira told a lie for the first time in his life to defeat his teacher, Dronacharya, in the epic battle of Mahabharata, he came to this site and built a small temple for Lord Vishnu, where he would repent for the sins he committed in life.

Since then, it has been a prominent site of worship in Kerala. Built in the Dravidian style of architecture, this ancient wonder must be on your bucket list if you love exploring interesting places. The major festivals celebrated here include Thiruvonam and Vaikunta Ekadasi.

Another Divya Desam, Puliyur Mahavishnu Temple was built by Bheema, the second of the Pandavas, and is located at Puliyoor in the Chengannur region of Alleppey. The temple never captured the attention of Hindu pilgrims, until it was mentioned in the literary works of the Alvar saints from the Tamil region.

Today, the temple is one of the most significant pilgrimage sites in Kerala and is frequented by millions of tourists and Hindu devotees every year. You can also find the mighty weapon of Bheema, Gada, placed on a raised platform in the temple region.

It is also believed that it is the same weapon by which he killed the Kauravas. However, it has been a subject of debate as the exact date and formation of the weapon is still unknown. Wouldn't you love to catch a glimpse of this historic weapon?

Built by Arjuna, Aranmula Parthasarathy Temple is the most popular of them all, as it is believed to be the temple where Lord Vishnu grants all of his devotees' wishes. Therefore, it is visited by millions of Hindu devotees and several curious tourists too.

As per ancient texts and local legends, it is said that temple was built by Arjuna to honour Lord Krishna, who defended him from the rage of Bheeshma in the epic battle of Mahabharata. The idol of Lord Krishna placed inside the temple is in the Vishwarupa form. The major festivals celebrated here include Thiruvonam and Annual Utsavam.

Thiruvanvandoor Mahavishnu Temple was built by Nakula, the fourth of the Pandavas and is another Divya Desam built in the Chengannur region of Kerala. Built in the Kerala style of architecture, this ancient temple is located in the vicinity of Pamba river and hence, the environment around the temple maintains a relaxing and peaceful aura.

Thrikodithanam Mahavishnu Temple was built by Sahadeva and is the only temple amongst these 5 Divya Desams which is located in the Kottayam district of Kerala; all others are situated in the Alleppey district.

Apart from witnessing the commendable architecture of the temple and learning about its formation, you can visit the statue of a servant in the temple compound who was cursed to convert into a stone after he failed to open the temple doors on time, thereby, making devotees wait for a long period. You can also get yourself to another mysterious statue of a man lying on a small pillar, which is placed in between the temple compound and the tank.